Leeds Arena, West Yorkshire, England. Deadlifter Eddie Hall attempts a world record weightlifting record… He’s gonna pick up HALF A TON! Also known as ‘The Beast’, Hall got into the record books, but also nearly got into a morgue after he later revealed that he nearly DIED making the extraordinary lift.

Blood vessels in the 28 year-old’s head exploded as he made the incredible 500 kg (1102.31 lbs) lift, causing major problems for Hall. He now says he may never try to break another record because of the risks involved.

“That nearly killed me,” he says. “The pressure on my body was surreal. I passed out after. I had nose bleeds. It’s not healthy doing something like that. But I’ve done it. I’m sure it will be in the history books for a very long time to come.” 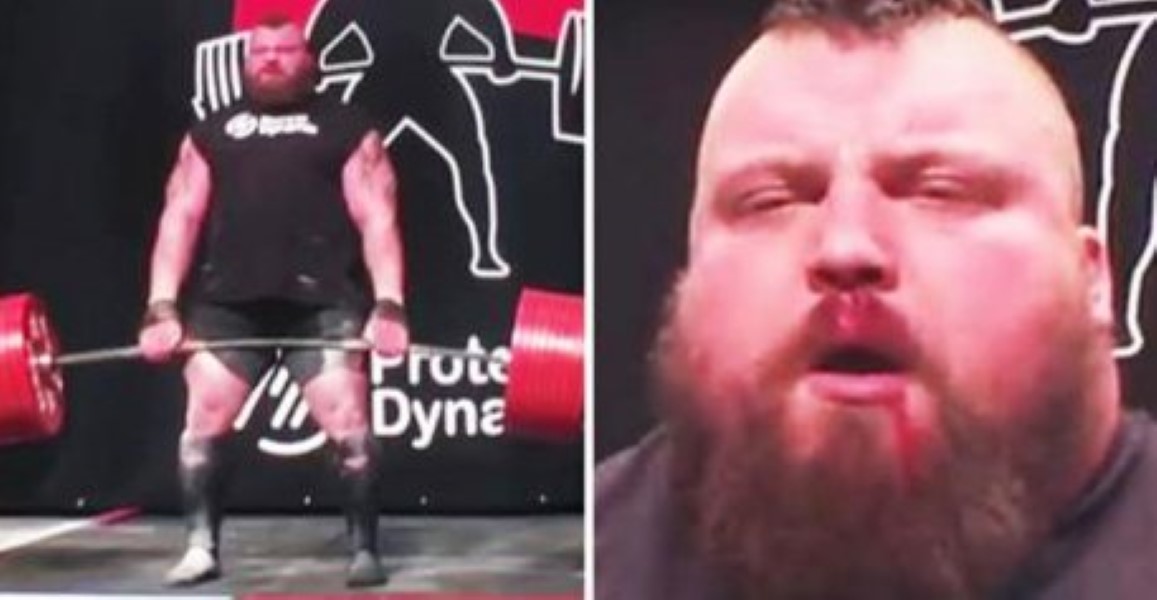 “I don’t want to do it again but if it comes to the point where somebody breaks it, hell… I may just do. It’s that great feeling, like the first man on the moon, the first man to run a mile in under four minutes. And now I’m the first to deadlift half a ton. It’s history and I’m very proud to be a part of it.”