Do you remember a while back that dude – a total Thug – decided to pay a ticket given to him by the cops in one dollar bills he’d folded up, origami-style, into little pigs? It was pretty slick.

Well, now another guy’s done something similar. Texas-based Brett Sanders wasn’t happy about his ‘extortionate’ fine for being a few miles an hour over the speed limit (39mph in a 30mph zone), so he’s decided to protest. By paying his fine…

Nothing wrong in that, huh? Well, no. Except he decided to pay it in a unique way. His fine was a whooping $212. And he paid it entirely in PENNIES! 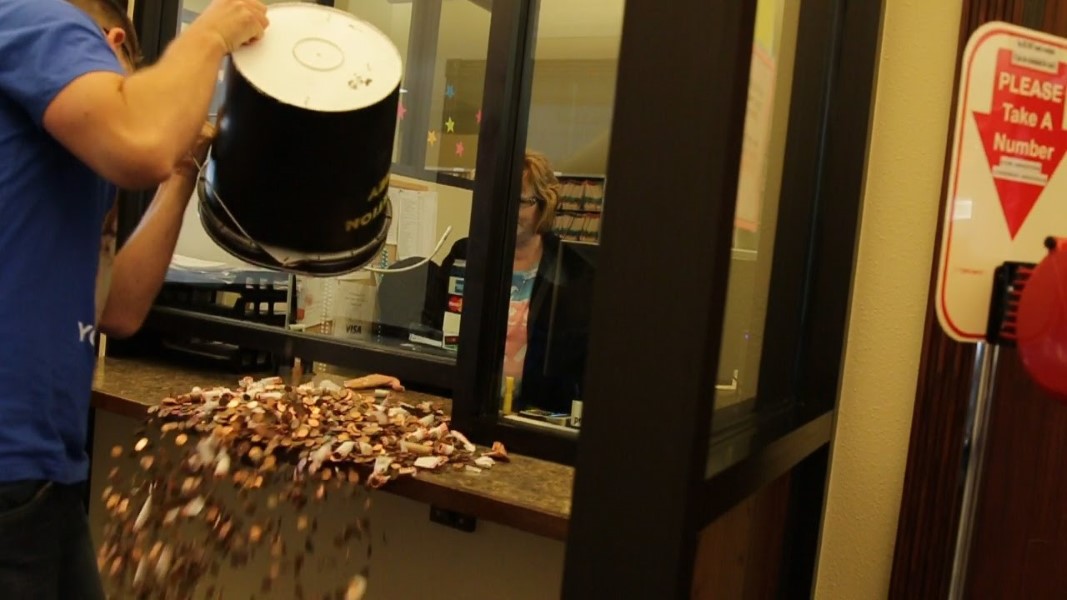 ‘For me, it’s a protest. It’s what’s right versus wrong. I didn’t hurt anybody. I didn’t endanger anybody’s life,’ Sanders says. ‘When my fine came due I decided I might as well pay with pennies and make a big spectacle of it.’

Good on him, we say. Check it out: