Out of the Octagon for more than five years, Brock Lesnar made a stunning comeback on Saturday night as he recorded a hugely impressive unanimous three round decision over Mark ‘The Super Samoan’ Hunt at UFC 200 at the T-Mobile Arena in Las Vegas. Many wondered if the former WWE wrestler might look a little slack on his return, but he quickly answered his detractors with a fearsome performance in the co-main event.

“It took me a little while to get acclimated,” the 38-year-old fight superstar said. “Words can’t describe it.”

This was Lesnar’s first appearance in the octagon since he lost to Alistair Overeem back in 2011. Back then he vowed to never return to the UFC. But, alas, the draw (and purse) was just too tempting. And he’s probably glad he did now. 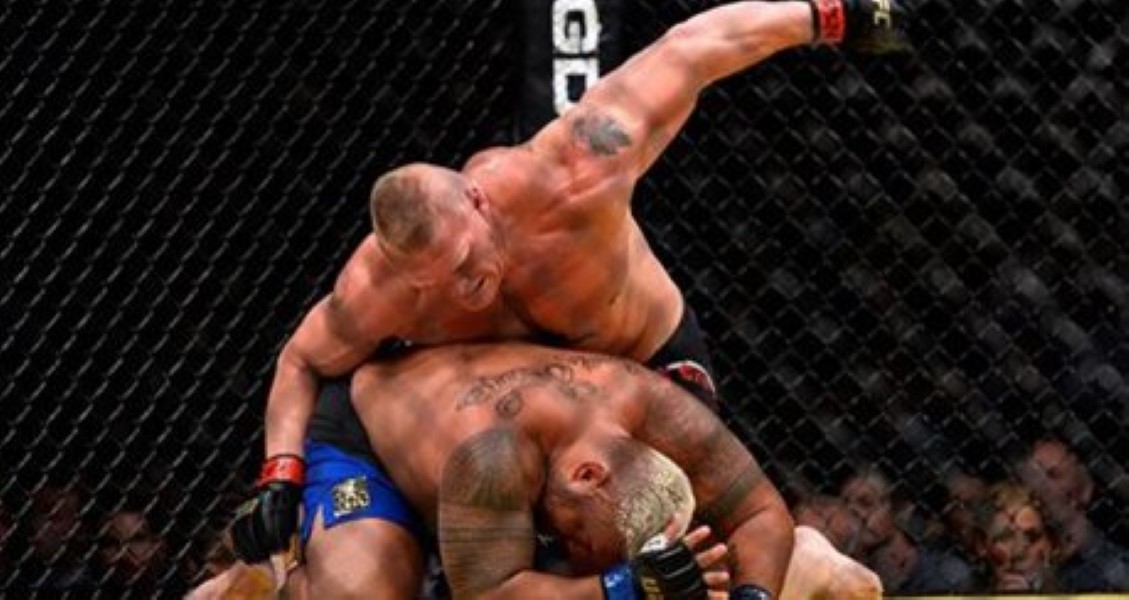 Is Brock Lesnar to stay with the UFC? Well, he wouldn’t say. All we know for sure is that he’s got a fight with Randy Orton coming up for the WWE. So let’s not hold our breath, huh?

Anyway, here are the highlights of Brock Lesnar Vs. Mark Hunt.