What do you get when you cross a helicopter and a motorcycle? Well, yeah – a helicycle. Or a motorcopter. Whatever it is – we’ll call it a ‘hoverbike‘ – it’s going to be damn cool, isn’t it? A bike that flies… What’s not to love? But what seems like something you’d only find in the Star Wars universe is about to become a reality.

A British aeronautical engineering start-up called Malloy Aeronautics have come up with a real-life hoverbike and The United States Department of Defense have just signed a deal with the UK-based flying boffins to develop the bike for them. 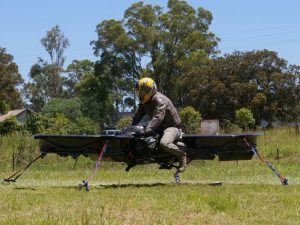 At the moment, the prototype flies at 100mph. It flies like a chopper and is being eyed by the US government for use with things like search and find rescue missions. 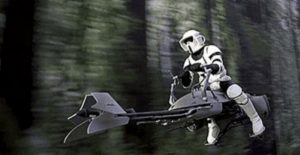 We eagerly await footage of the real thing zipping through the sky, but in the meantime we’ll have to make do with this clip from their Kickstarter campaign from last year…