Isaiah Crowell is a running back that plays for NFL outfit Cleveland Browns. And it’s a fairly safe bet that he doesn’t like cops much. So much so that he recently posted a controversial image of a police officer appearing to get his throat slit by what looks like a Black Panther-style extremist.

The image – an illustration – has caused a huge backlash and many people are calling from Crowell to be cut by the Browns. The picture – combined with the words, “they give polices all types of weapons and they continuously to kill us #Weak.”

“Last week was an emotional and difficult week as we saw extreme acts of violence against black men across our country as well as against police officers in Dallas. I posted an image to Instagram in the midst of that emotion that I shouldn’t have and immediately removed it. It was an extremely poor decision and I apologize for that mistake and for offending people. My values and beliefs do not match that image.” 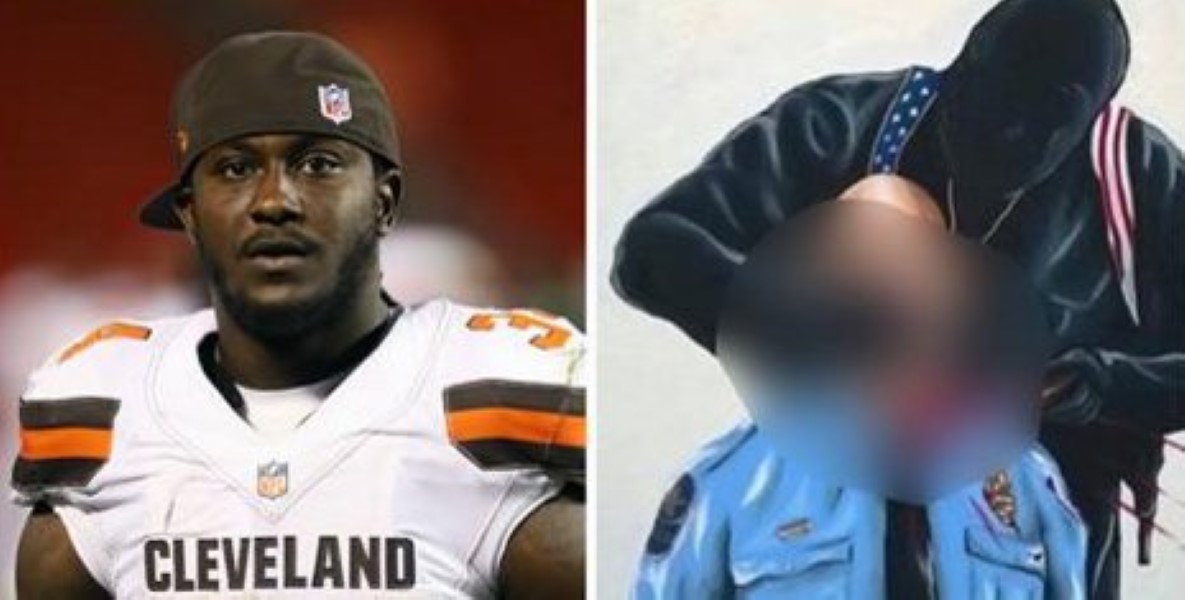 “I am outraged and upset by the deaths of Alton Sterling and Philando Castile along with so many others. I am also outraged and saddened by the attacks in Dallas and the deaths of the 5 honorable police officers (Lorne Ahrens, Michael Krol, Michael J. Smith, Brent Thompson and Patrick Zamarripa) who were providing protection while trying to keep peace. We have to be better as a society, it’s not about color, it’s about what’s right and wrong. I was very wrong in posting that image. Every single life matters, every death as a result of violence should be treated with equal outrage and penalty.”

Posted and then deleted from Isaiah Crowell's Instagram. pic.twitter.com/5gquTsL1Qc

What do you think?