“Watch out for idiots!” That’s what his mom tells him. He’s just about to get onto his motorcycle, so it makes sense. You’re vulnerable as a rider on bike and dumb drivers drive irresponsibly or dangerously near you. One day it could end badly. So we get his old lady’s concerns.

Thing is, she was right to be worried about her son – he did end up getting into trouble. An ‘idiot’ rear ends him pretty badly a mile or two up the road. Weird thing is… The driver was his mother!

And it was all caught on helmetcam. You’ve gotta love that cameras are just everywhere now, haven’t you? There’s so much more weird sh*t to laugh at… 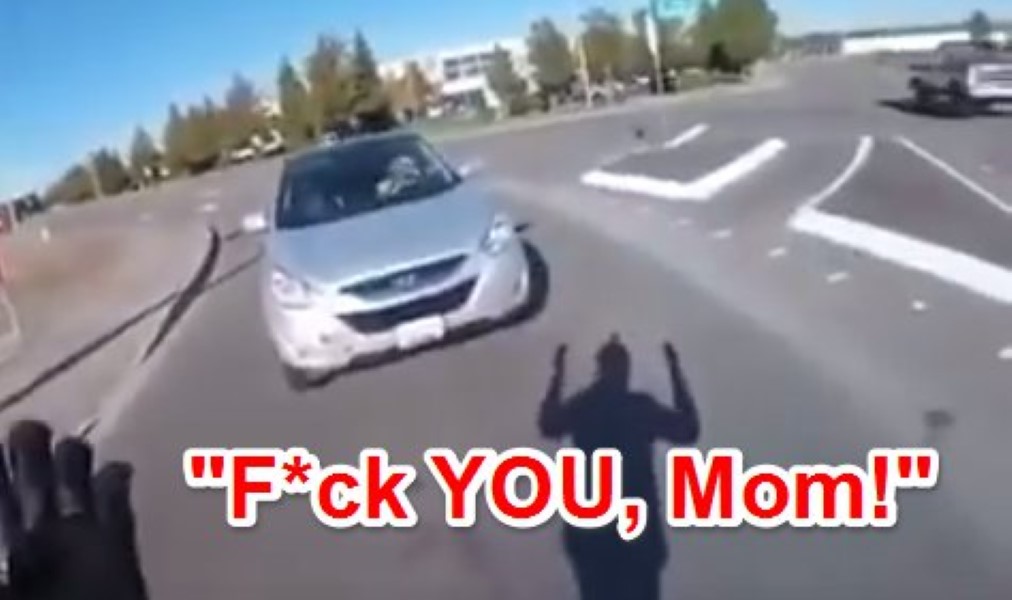