Rogers Arena, Vancouver, Canada. UFC fighter Paige VanZant KO’d her latest opponent Bec Rawlings in truly stunning style. It was reminiscent of that classic cinematic kick from none other than The Karate Kid himself.

It took just ten seconds of the second round for the strawweight fighter to end her opponent with the stunning knockout; a kick that would doubtless impress even the most fairweather fight fan.

It was VanZant’s first bout in over eight months and there wasn’t much difference between her and Rawlings in round one. But as soon as the next round began, she flew out of her corner and put her opponent down in hugely impressive style. 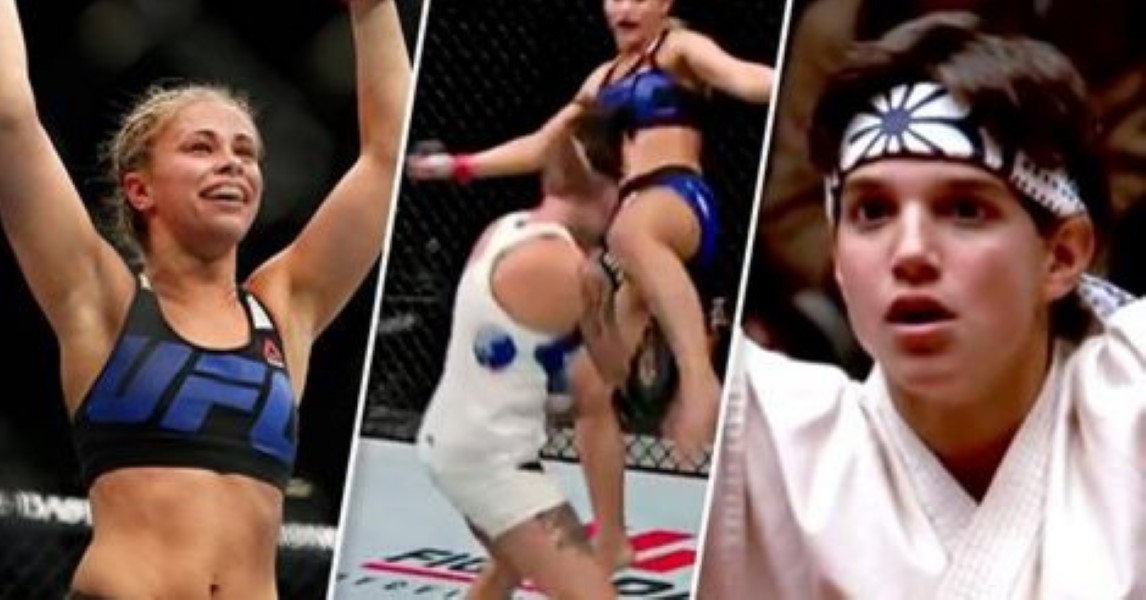 What a KO! ? @PaigeVanzantUFC returns to the Octagon in style with a brutal switch roundhouse kick at #UFCVancouver https://t.co/3FIq8HZhqC

She’s been practicing that move too… See?

My @puruslabs preworkout got me goin hard!!! Haha fun times after a great mitt session with @carrmartialarts