Jackass star Steve-O has done plenty of crazy things in his time, but not many of the stunts he pulls end up landing him in JAIL! But after a Seaworld protest this week saw him climb a huge crane thousands of feet above the ground in Hollywood, California – that’s exactly where he ended up!

And all because of orcas… 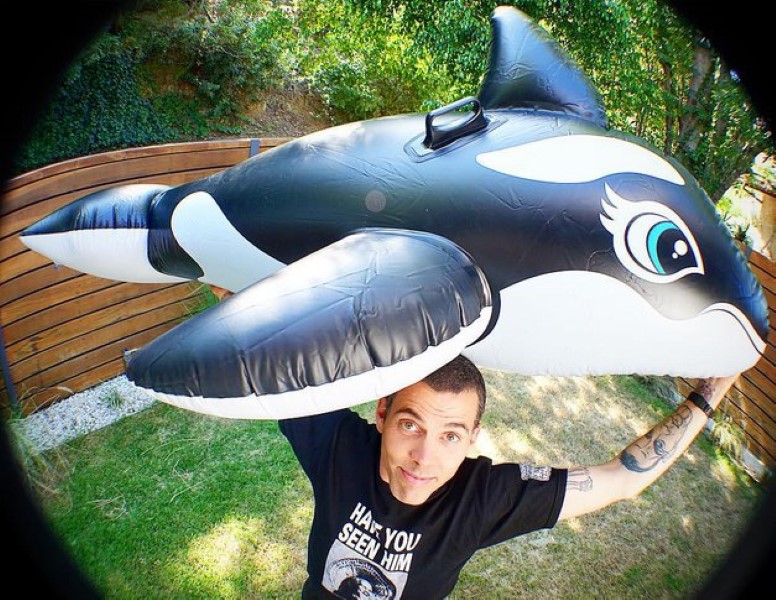 You might remember Steve getting into trouble last year after defacing the word ‘Seaworld’ on a huge road sign – adding ‘Sucks’ at the end. Well, he’s still aggrevied at the way the company treats their killer whales and is determined to raise awareness.

He filmed his climb, broadcasting it live on Facebook. Which must have tipped off the emergency services, as plenty of cops were ready below waiting for him. And almost EIGHTY firefighters attended the scene!