Tomi Lahren’s Red, White, Blue & Unfiltered. Ever heard of it? Nope. Us neither. And that’s probably because it goes out on the One America News Network, a conservative politics channel that no one really watches. But it’s profile is rising somewhat at the moment as one of its anchors, pretty young blonde Tomi Lahren, really rattles some cages… 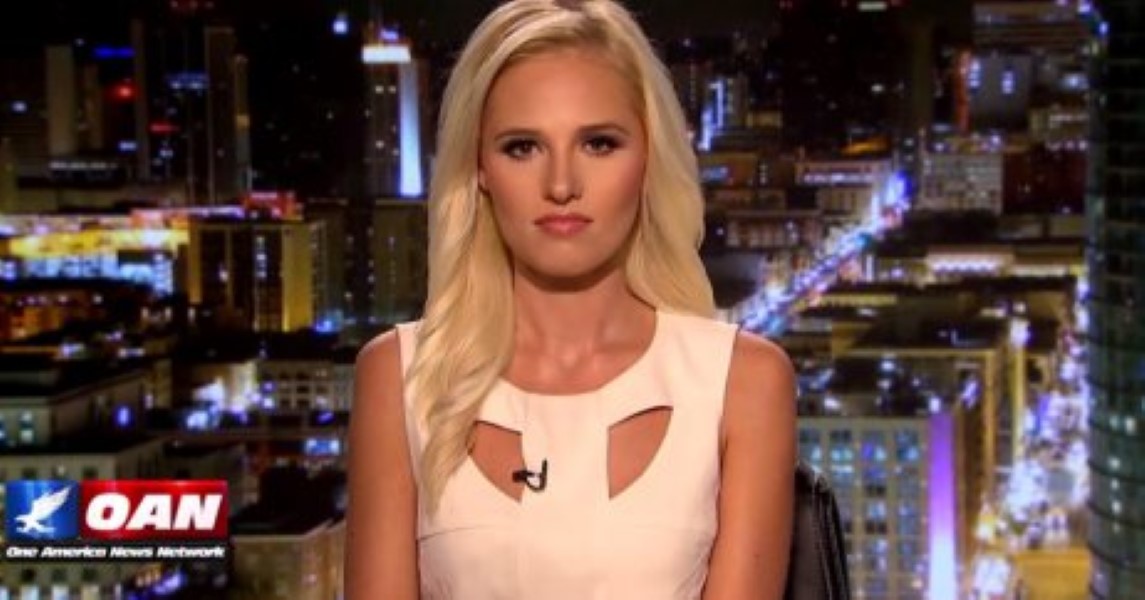 Here’s a taster of some of the stuff she’s been – admittedly very professionally – shouting at cameras recently:

“Radical Islamists, have brought the fight right here to the Red, White and Blue and it’s about time we bring it to them. Full force. Let’s show them what the U.S. of A looks like up close and personal. Show ’em what a B1 bomber looks like flying overhead. Show ’em what they’re messing with. Put the fear of OUR God in their desert. Because clearly our lack of strategy isn’t working…”

Lahren’s rant has almost tipped the 3m views mark on YouTube so far. See what all the fuss has been about:

And here’s Tomi at weekends. Presumably out ‘huntin’ Goddamn Moooozlims…’ 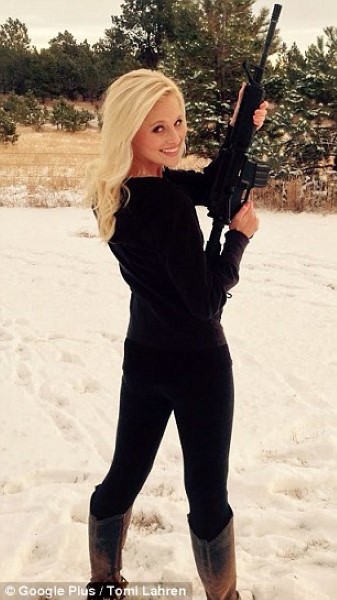