Saturday night saw a clash of the titans as Super Middleweights champions collided. Badou Jack and James DeGale put their titles on the line and fought at the Barclays Center in New York City, with the result ending – fairly in our opinion – in a draw.

But while both fighters dished out and took a lot of punishment, it was the referee we were most impressed with. He took a HUGE post-bell left hook from Swedish boxer Badou Jack. Arthur Mercante Jr. took the punch like a pro and – with the help of Jack – stayed on his feet.

It was an accident, of course, but it did cut the ref’s eye. Mercante barely flinched, though. He dabbed the eye, took a little water on board, then carried on officiating. 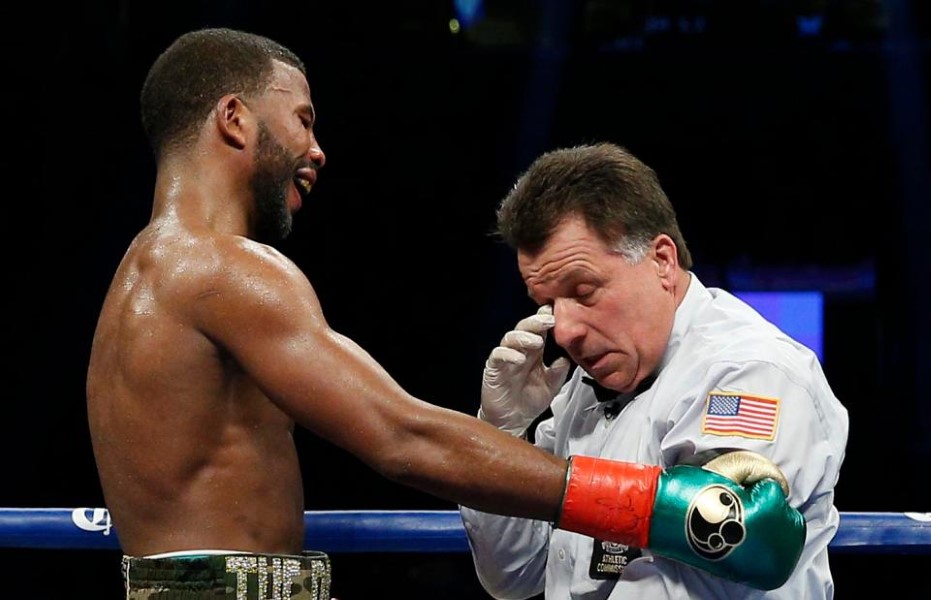 The fight itself was a cracker too… 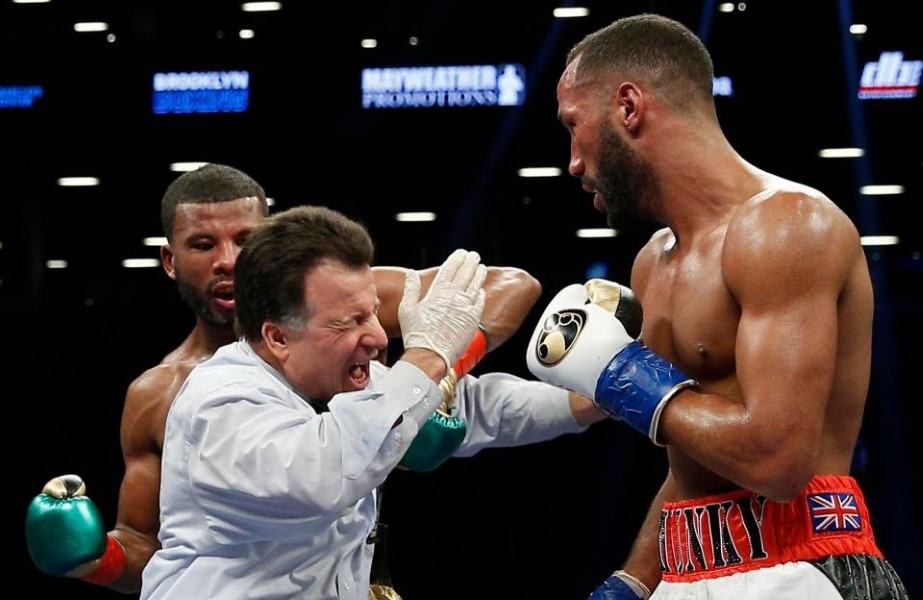 It ended all square and there was nothing between the two men. Degale’s pleasing, atheistic style and Jack’s workman-like professional pugilism were clashing, but it made for a top fight. 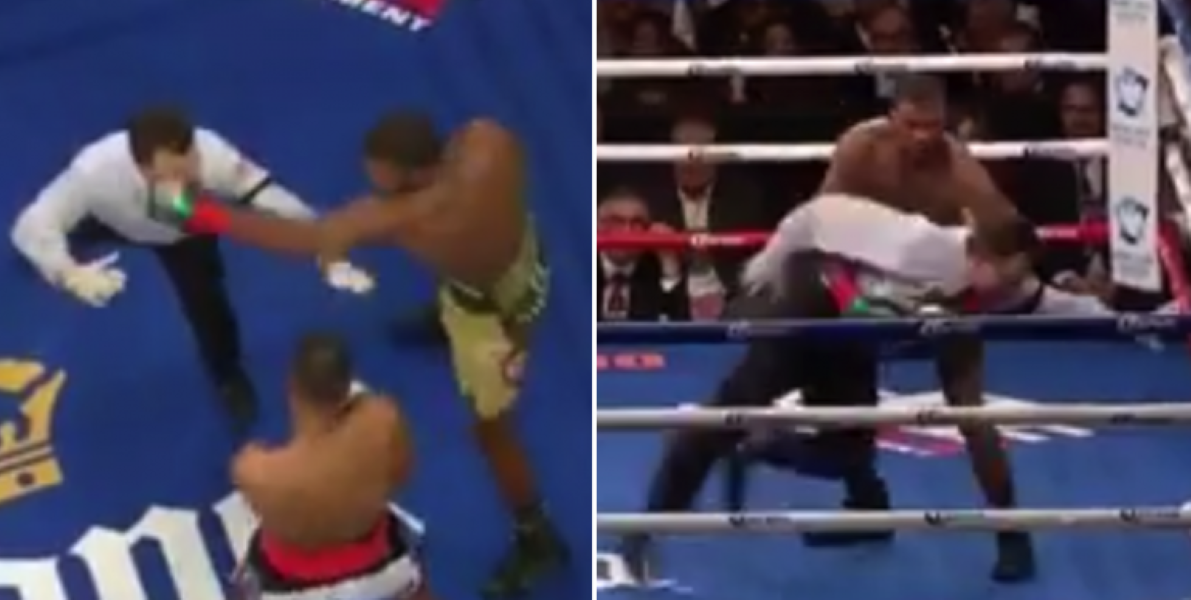 Here’s the incident in full, with a few replays…

And the fight highlights: