Portland, Oregon. A Black Lives Matters protest turns ugly as a Donald Trump supporter shows up and begins waving a gun at protesters. The man, Michael Strickland, now faces ‘menacing and disorderly conduct charges’ after the incident; one that very easily could have got out of hand and ended in a mass shooting.

Strickland appears to go for his gun in self-defense, but is clearly panicked and not in a fit state to be holding something that could end a dozen lives. It later turned out that the man is a conservative blogger who writes for the Progressives Today blog.

He got into a debate with some BLM supporters and the situation quickly descended into violent territory. 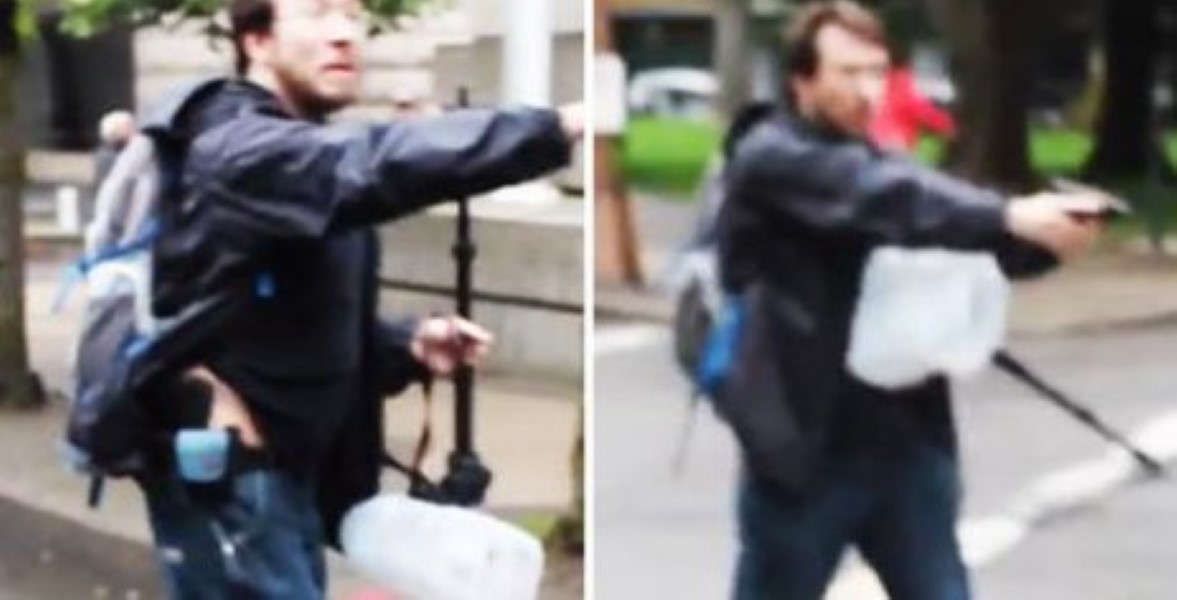 Here’s the video in its entirety, see what you think: