Transformers. Toys and cartoons some of us loved as kids. And big, loud, stupid but fun movies some of us enjoy now. Why have people always taken to Transformers? Well, they’re just cool, aren’t they? Especially to kids. Hell, we still think a truck turning into a giant robot that smashes up sh*t is pretty cool even now…

If only they were real, huh? Well, they kind of are. At least in Turkey, anyway. A dedicated team of twelve whip-smart engineers and four support technicians working for the Turkish firm Letvision have invented one. A BMW Transformer, they’ve called their creation ‘Antimon‘ and, well, it’s pretty damn slick.

They plan on having him – sorry – ‘it’ driveable in the near future and haven’t indicated the cost (think ‘huge’), but the transformation bit? They’ve got that down. Seriously, you’re gonna be impressed. 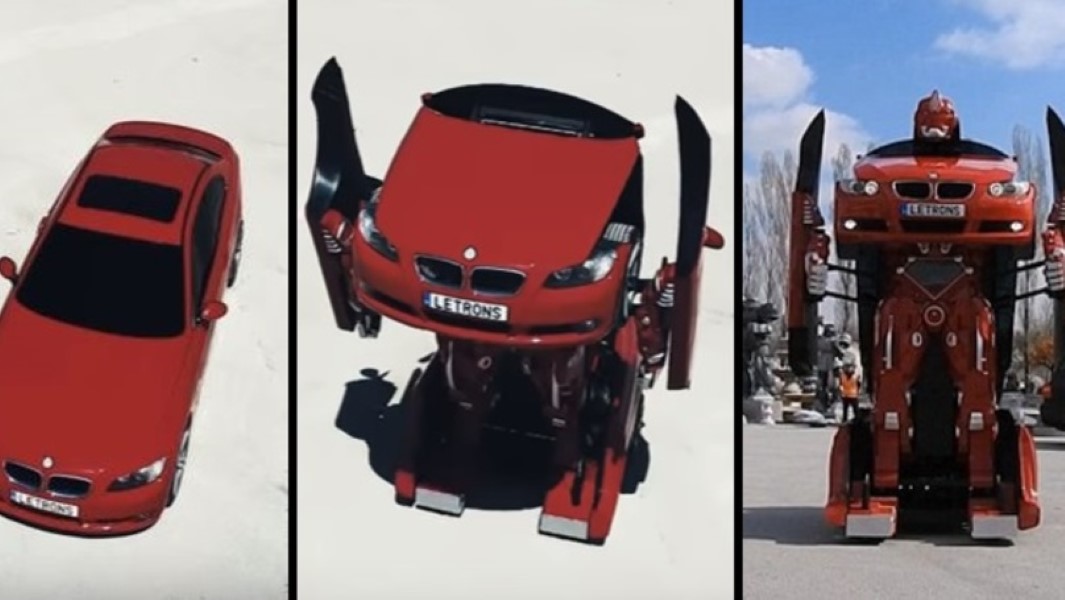 This is stupid, awesome and stupid. But awesome. See for yourself: