Inglewood, Los Angeles, California. Dave Chappelle is giving a show and testing out some new stand-cup material when he goes off track. A Trump supporter in the audience drew his eye and a bit of a light-hearted roast ensued…

“Well, a few more days left and it’s so long Obama. Donald Trump is gonna take the reins and be our president,” he said before pointing out a specific audience member. “Take it easy security, he just voted for Trump. I’ve never seen a motherf*cker get circled by security whilst wearing an argyle sweater!”

“Security please. Let’s expedite that and let’s move on.”

There were rumors that Chappelle backed Trump, but he was quick to deny that. “Jesus Christ,” he said. “I’m not a Trump supporter. Unequivocally no. I’m not going to elaborate on it. Hell no.” 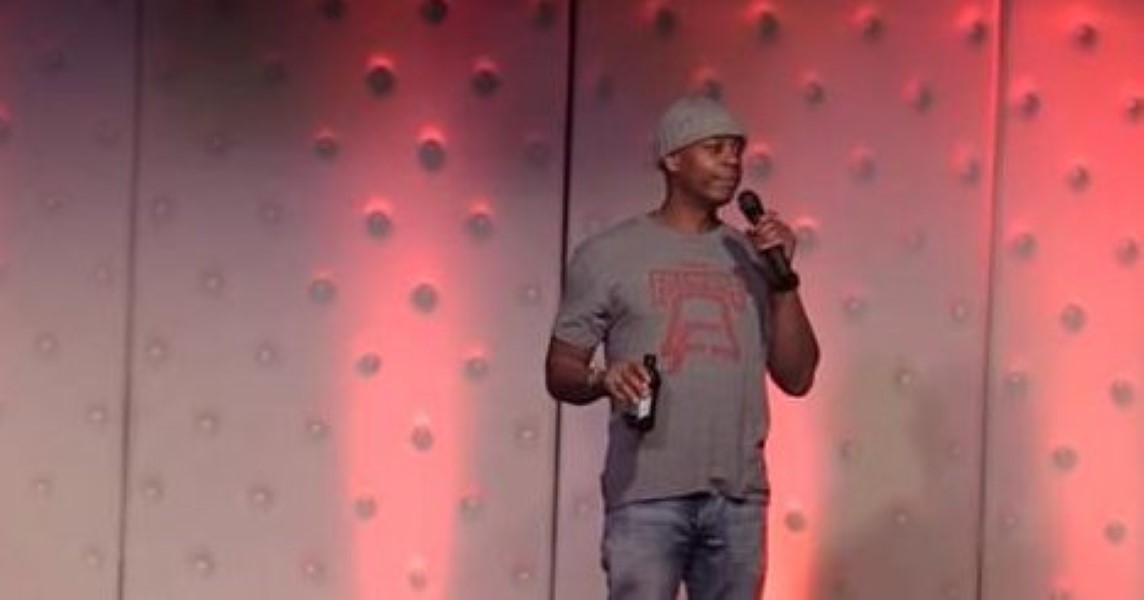 Chappelle was so adamant that people know he wasn’t backing Trump, he had his people release a statement saying:

“Dave is disgusted by the tone of the election and especially by the idea that his comedy would be misconstrued to defend Trump. His comedy show blasted both candidates. By the way, he voted for Hillary Clinton.”

Here’s part of the set: