Sure, Hillary Clinton is a warmonger responsible for hundreds of thousands of deaths and she’s spent the last thirty years doing nothing but lying and using her lofty positions to line her own pockets, but hey – Donald Trump‘s a bit sexist, so let’s all just lay into him continually, huh? That seems to be the size of it. James Otis certainly agrees. He smashed up and stole Trump’s Hollywood Walk of Fame star this week.

“I had four or five family members s*xually assaulted, and I’m terribly upset that we have a presidential nominee who’s become sort of a poster child of s*xual violence,” Otis said about it. “I know I can sell it. I think I can get over $1 million for this star, to be distributed to these women and many others that will be going forward.”

The LAPD are now investigating. Although we can’t imagine that it’s an investigation that’ll last too long, the dude responsible had it filmed and it’s all over the internet. And we know his name. 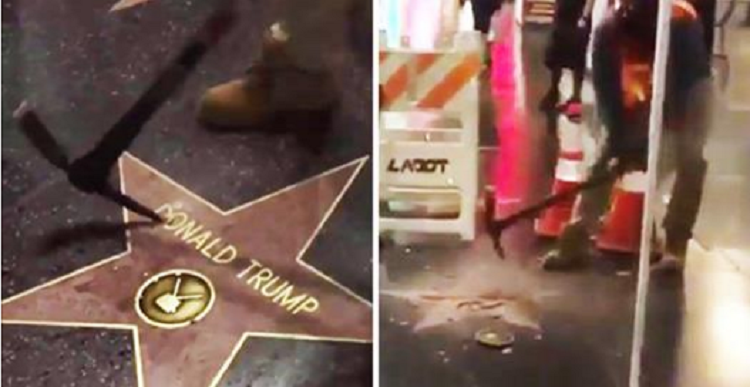 And here’s the dude prattling on about it: