Is the Democratic presidential nominee Hillary Clinton a robot? Seems unlikely, doesn’t it? Sure, she’s a bit odd. But then so is Donald Trump. But after some pretty weird behavior recently – some people are claiming that she might be android. Clinton had previously declared herself ‘part of the robot race’ in a weird interview. But the ‘proof’ sending some conspiracy theorists into meltdown? Her oddly robotic clapping style.

She was attending a speech by former rival and now backer Bernie Sanders at the University of New Hampshire. As he spoke, she seemed to be clapping at random, in a bizarre way. And this isn’t the first thing that’s made people wonder about Mrs. Clinton…

She once said: “You guys are the first to realise that I’m really not even a human being. I was constructed in a garage in Palo Alto a very long time ago. I’ve seen more people that kind of don’t sweat, and other things, that make me thing maybe they are part of the new race that he created: the robot race.” 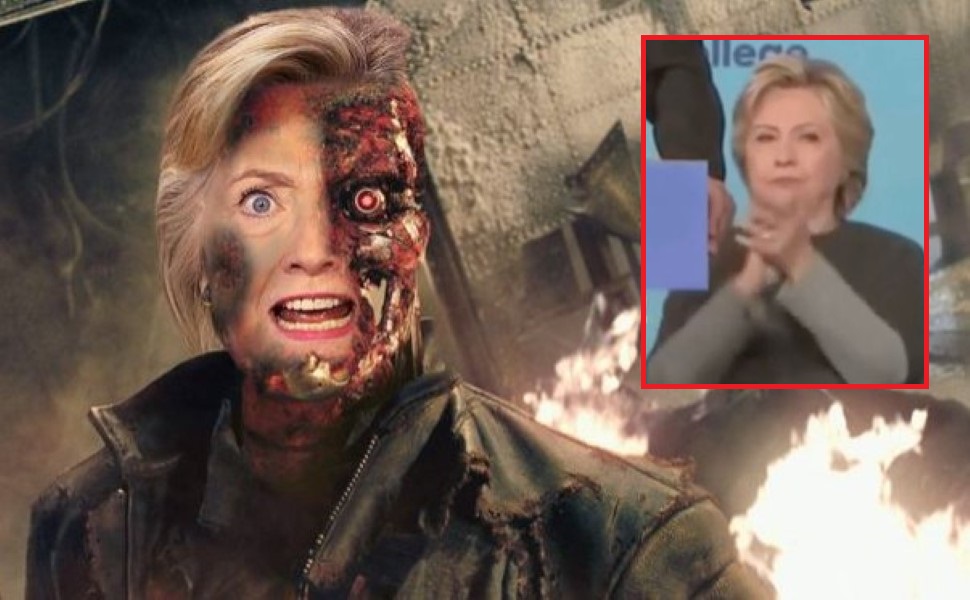 It’s certainly odd. See for yourself:

That’s just some of the controversy… She’s also been accused of wearing an EARPIECE during that first debate too. Here’s more on that: