The last couple of years, Kevin Hart and Ice Cube have made a living driving around Hollywood. In the two wildly successful Ride Along movies, they’ve cruised around town a fair bit. So they know the roads. And when they’ve not been shooting those flicks? They’ve seemingly spent most of their time larking about on Conan.

So it made sense to combine the two and take a ride along the streets of Hollywood with Conan. But none of them are driving. Oh no. Anthony is. Who’s Anthony? He’s their Lyft driver…

Lyft’s an app that hooks up people for ride sharing. And Anthony’s just had the weirdest pick-up he’ll ever have – Conan O’Brien, Ice Cube and Kevin Hart! 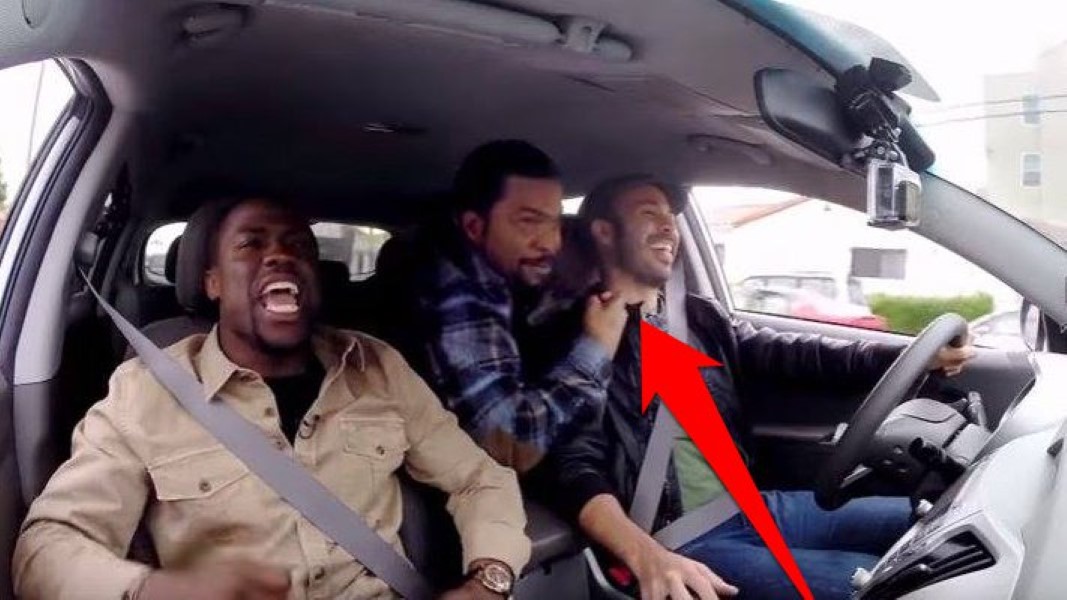 This is about as funny as it gets. We especially like the bit where Cube decides he’s gonna rob the guy… Check it out: