It’s part of the ‘Liberators International Tour’. Jae West walks into the busy streets around the world-famous Piccadilly Circus in London. She blindfolds herself and strips. Taking her dress off, she’s just in her underwear. Vulnerable and sightless, thousands of people walk past. Why? Well, she’s not crazy. She’s raising awareness for something really quite important indeed.

In front of her is a whiteboard on which she’s written a message, explaining herself. It says: “I’m standing for anyone who has struggled with an eating disorder of self-esteem issue like me… To support self-acceptance draw a heart on my body.”

Here’s what Jae says about her idea: “As my clothes fell to the ground and I placed the blindfold over my eyes I could feel a shift of attention and confusion stirring in the air. My heart was racing while all the worst case scenarios were going through my head. I was scared that no one was going to draw a love heart on my body and I was going to be left out there in the open in my underwear on show to be ridiculed.” 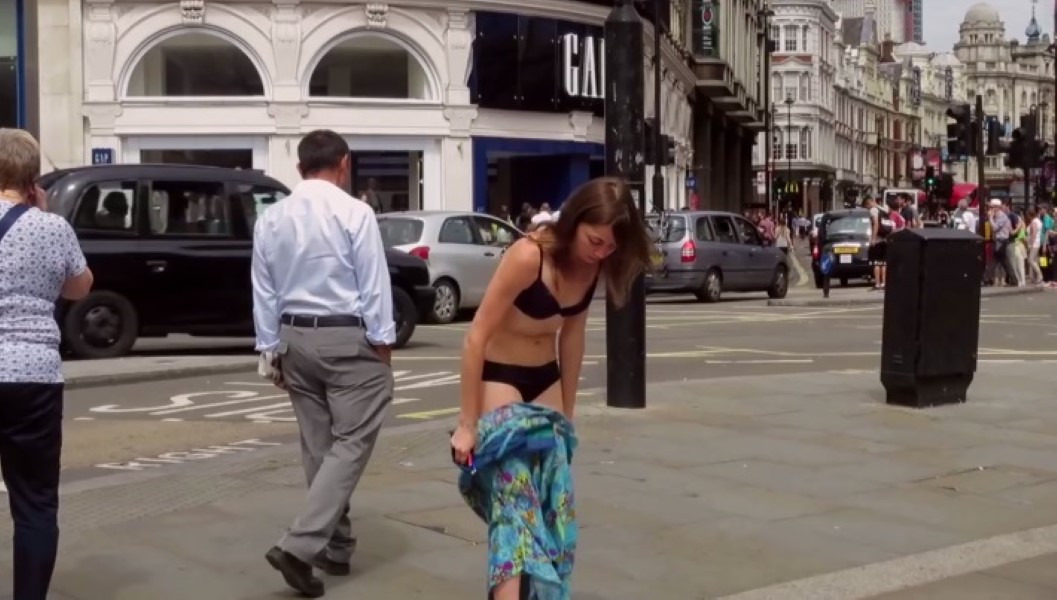 It’s an interesting stunt. See how it went for her…