Russian Roulette. A dangerous game. Well, we say ‘game’, but there’s not much fun about it. As demonstrated so tragically by Christopher Walken‘s character in The Deerhunter, it sees someone spin the barrel of a revolver after putting just one bullet in. Leaving you a one in six chance of blowing your head off. See? Not exactly fun, huh?

Well, prepare for it to hit America. Only it’s the hot new craze sweeping the world! But don’t worry, it ain’t the version that sees you stand a one in six chance of dying. There are no bullets in the gun. In fact, it’s not really a gun at all, though it does look like one. It’s a mini Taser.

But it’s not as strong as the Tasers cops use. You wouldn’t want one of those let off point blank at your skull. Devised by former mixed martial arts fighter Valeriy Eschenko, the game sees people eliminated and the voltage upped each time. 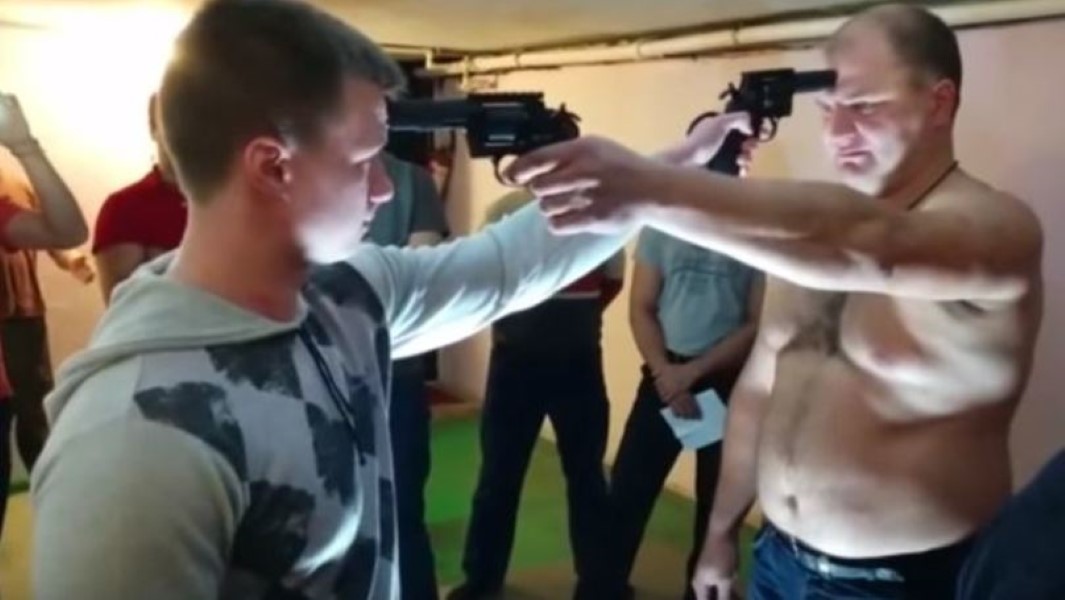 Can you see this catching on…???