It took just thirteen seconds for new UFC Men’s Featherweight Champion Conor McGregor to knockout Jose Aldo at UFC 194 recently. And his spectacular win not only ruffled plenty of feathers in the MMA, it’s seemingly won him a whole horde of new fans in the celebrity world as well. And the latest? Dwayne ‘The Rock’ Johnson.

We’ve already seen Vin Diesel fawn all over the Irishman and even offer McGregor a movie role. But this time it’s the turn of bulky megastar Johnson to dish out the praise. The San Andreas star took to Instagram to commend the UFC star over the way he handled the fight and what happened afterwards.

Johnson said: ‘One of the classiest messages and show of respect for his opponent I’ve seen from a champion. Congrats @thenotoriousmma. You’re on your way to becoming an icon. #Respect’. 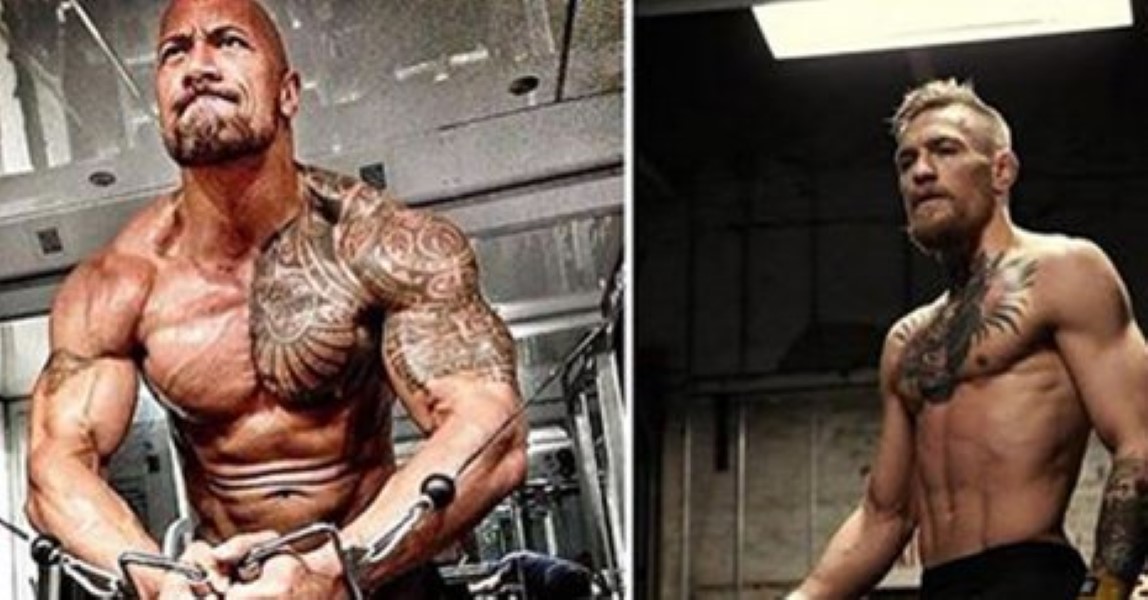 Here’s what Conor had said just after winning the belt:

‘Respect to a great champion in Jose Aldo. The true greats will always overcome adversity. I wish him and his loyal team well on their journey back. Much respect. Thank you all!!!’ 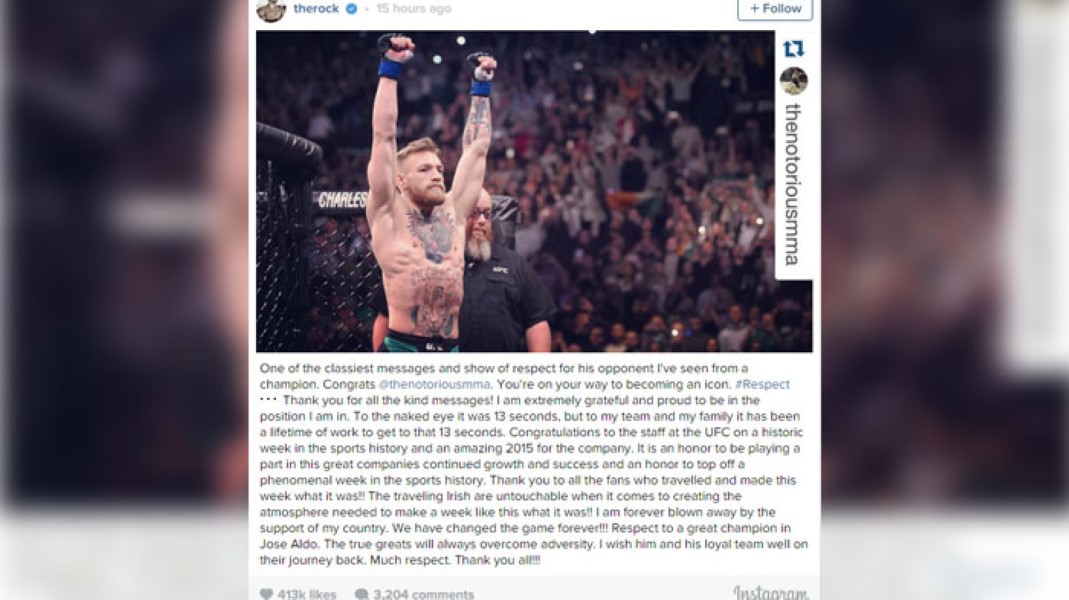