Fresno, California. The ‘Take 3’ restaurant has a plan. Is it cool? Is it exploitative? It depends on your point of view. We’re not decided yet. What is that plan? Well, they’re opening a pop-up restaurant on the 20th anniversary of the death of the world’s most influential ever rapper, Tupac Shakur. All themed around the man.

A lot of people will feel like this is just cashing in, but the restaurant owners insist it’s a positive move, it’s out of love and it’s not about money. The place is due to be called ‘The POWAMEKKA Cafe‘ and it opens today.

We like that the place will be offering chances for local rappers to perform. We don’t like so much the menu…  With the ‘Tupac-inspired dishes’ like ‘Thug Passion’ cake pops, ‘Tupac Mac and Cheeseburgers” and ‘California Love’ chicken sandwiches… WTF?! 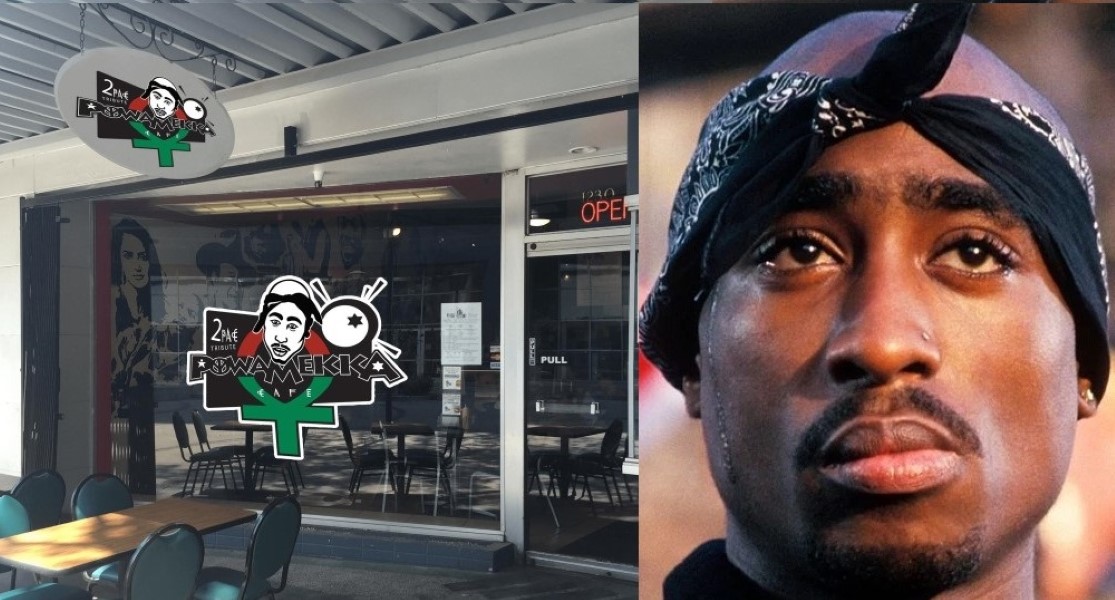 On the 20th anniversary of 2Pac's death, a restaurant is bringing #PowaMekkaCafe to life: https://t.co/O8HOVCDoYH pic.twitter.com/RdmEevJ9lW

Wanna hear more about it? Alright. Check this out:

Don’t forget, the Tupac biopic – All Eyez On Me – is coming soon too: