A New York woman who was told to put out her cigarette on a New York bus LOST IT and ended up hijacking the vehicle and taking it on a joyride until another bus blocked her after a few blocks. The driver of the M101 bus she took told her to stop smoking or get off the bus that was driving through Manhattan’s Upper East Side. She refused and became violent and abusive…

She jumped into the driver’s seat and stole it after the driver stopped it to transfer passengers to another bus. A dispatcher eventually managed to reach through the window and pull a switch to stop the bus.

The woman was recently named by The New York Times as one Charita Headley. She has – in her mind – a reason for her actions… She was actually fired from her job recently. As – guess what? – a bus driver! It happened last July for repeated absences and she’s spiralled into depression since. 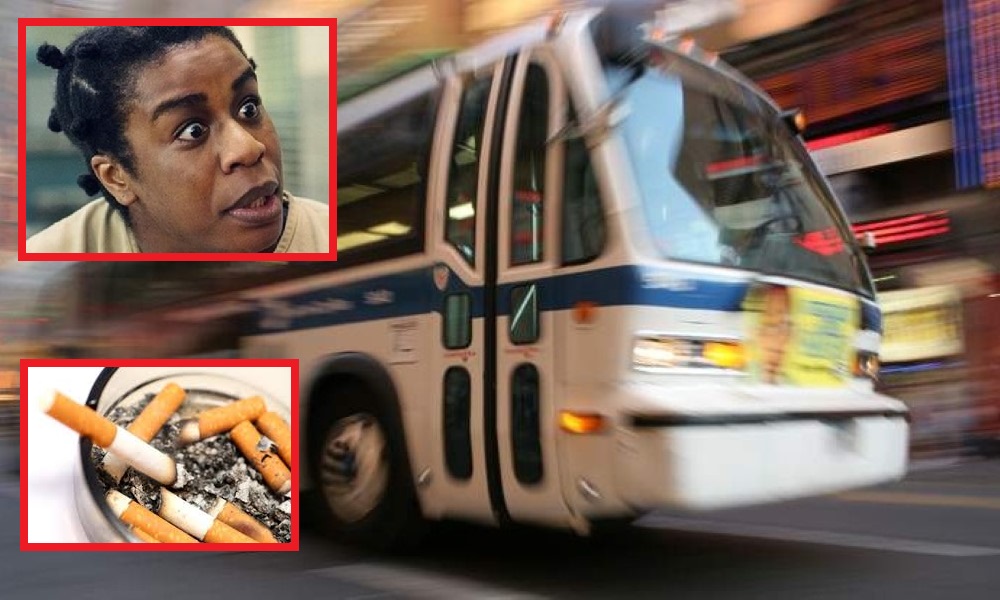 Ms. Headley was been charged with the crime of ‘unauthorised use of a motor vehicle’. She was then taken into a hospital for a psychiatric evaluation.