Now we all know that WWE is sports ‘entertainment’. The fights are scripted and the action ain’t real. That why we generally don’t pay a whole lotta attention to it. But a match-up at this year’s SummerSlam involving ex-UFC fighter Brock Lesnar blurred the lines this weekend as he pummeled Randy Orton with a series of nasty elblows that cut his face BAD.

You can see in the video clips that he’s connecting. And hard. The pool of blood kind of backs it up too. Lesnar was banned from MMA recently after allegations that he was juicing up. And it looks from this fight that his testosterone is still going wild.

The WWE had to release a statement about it: “The WWE has learned that Randy Orton has received 10 staples to close a laceration on his forehead following the brutal assault by Brock Lesnar that resulted in a TKO at SummerSlam.” 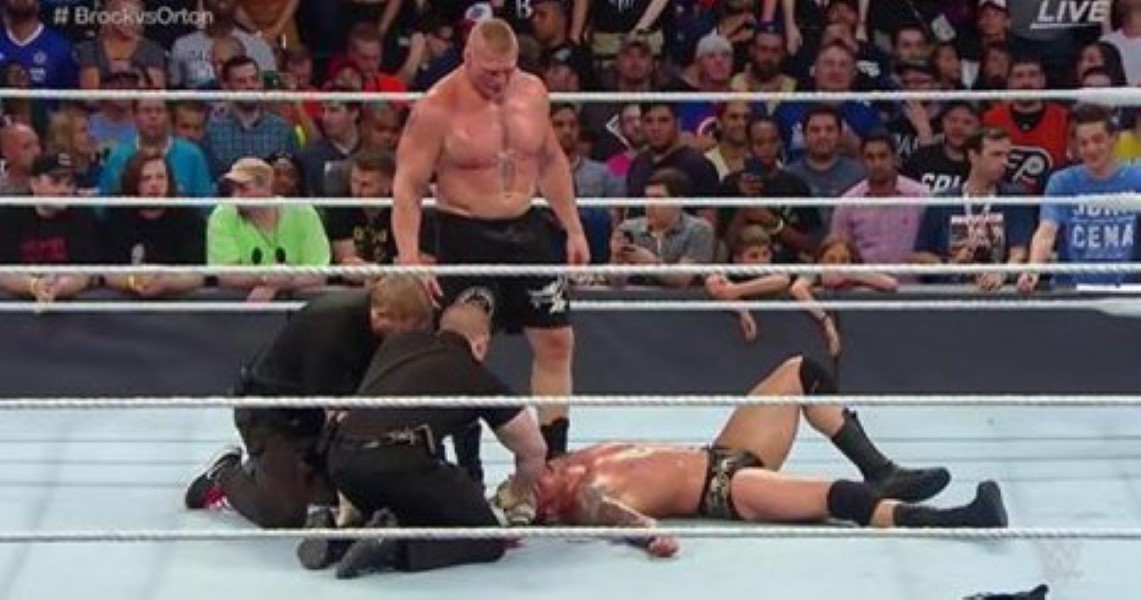 Here it is. These elbows ain’t faked…