Greenville, North Carolina.  Around Christmas, lots of people get short on cash and do desperate things. A 34 year-old single mom of three young children is currently in police custody after an incident of shoplifting took a bizarre – and painful – turn. Eyewitnesses to the shocking incident say the lady, Greenville resident Shatuanee Greene, picked up a can of pre-made Christmas cookie dough from a shelf in her local WalMart and secreted it ‘inside herself‘.

Revealing surveillance footage shows Greene take the can to a neighboring aisle full of toys and have her children purposefully crowd around her to try and obscure her from the cameras. She can then just about be seen performing what police have since described ‘a magic trick’, making the can fully disappear…

Greene was then accosted by security guard Timothy Reiner who said this:

“After I approached her, she turned around to run and I grabbed her by the arm. She put up a good fight, and that’s when I tackled her to the ground. Then I heard a loud pop and the lady started screaming. Gooey cookie dough was running down her leg. All hot and runny… it was so damn gross.” 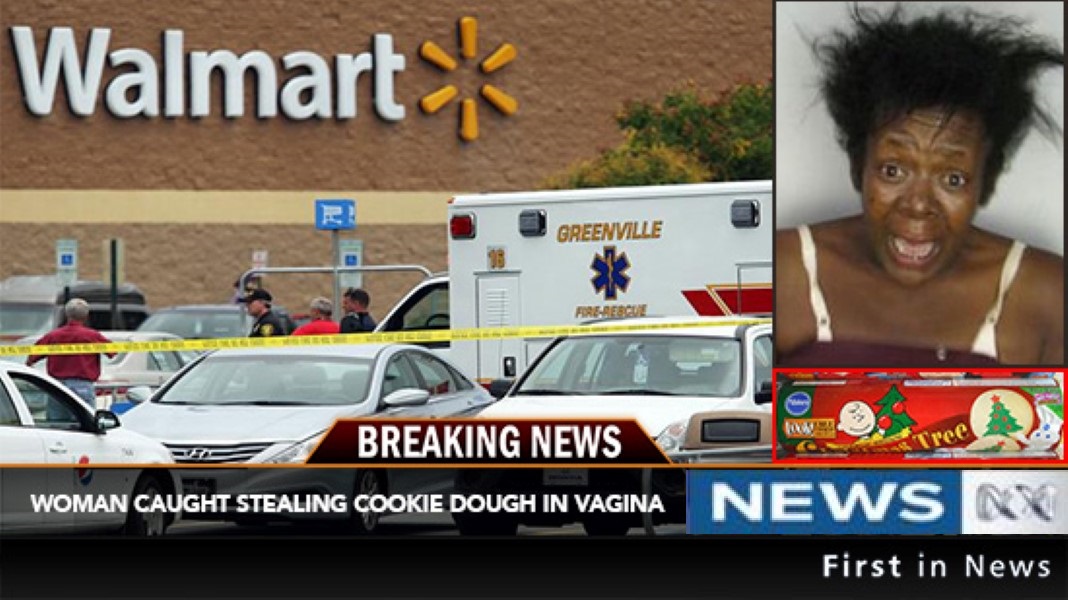 Luckily for her, Ms. Greene didn’t suffer any really serious injuries and is being held at a local cell on a $2,000 bond. Her children have since been placed with her mother.