Extreme Fighting Championship 52 is happening in Cape Town, South Africa on Friday and Jadyson Costa (10-15-1) will be fighting Don Madge (5-3-1) in the main event. But the headlines have started already when Costa attempted a takedown and trip – which didn’t quite go as planned.

Weigh-ins can be testy affairs before fights. We’ve seen it all over the years: Punches, slaps, even kisses… But a takedown attempt? This has to be a first!

Strangely, when the MC later asked Costa what fans could expect when the two of them finally get in the cage together, it wasn’t takedowns… “Expect a knockout. I’m going to punch him so hard.” 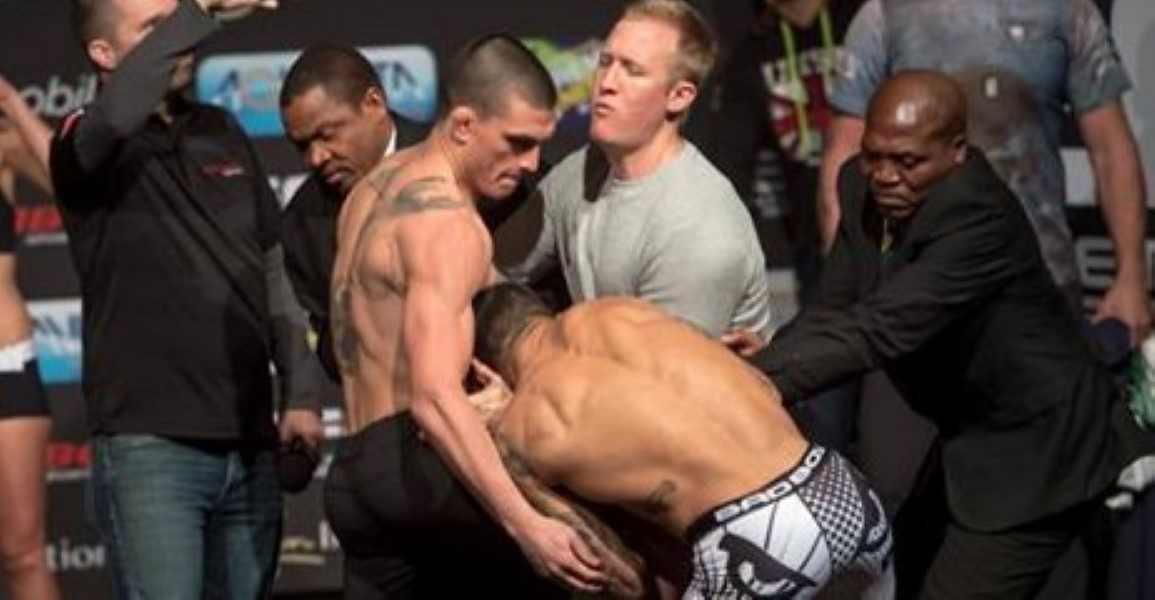 Who attempts a takedown at a weigh-in?! Weird. Anyway – here it is: