There are so tough sports out there that are not for the faint of heart. Boxing, MMA, that weird Italian soccer where people get beat up… Oh, and an American classic – football. But with helmets and padding, is football really that brutal? Well, it can be, sure. But what happens when you have less players and no helmets? Well, American 7’s, that what!

Organizers weirdly claim that the lack of protective gear actually makes the sport safer. And hey, we’re no scientists, we’re not going to argue with them. But while it may be safer, it sure as Hell as any less brutal! And this collection of hits below proves just that… 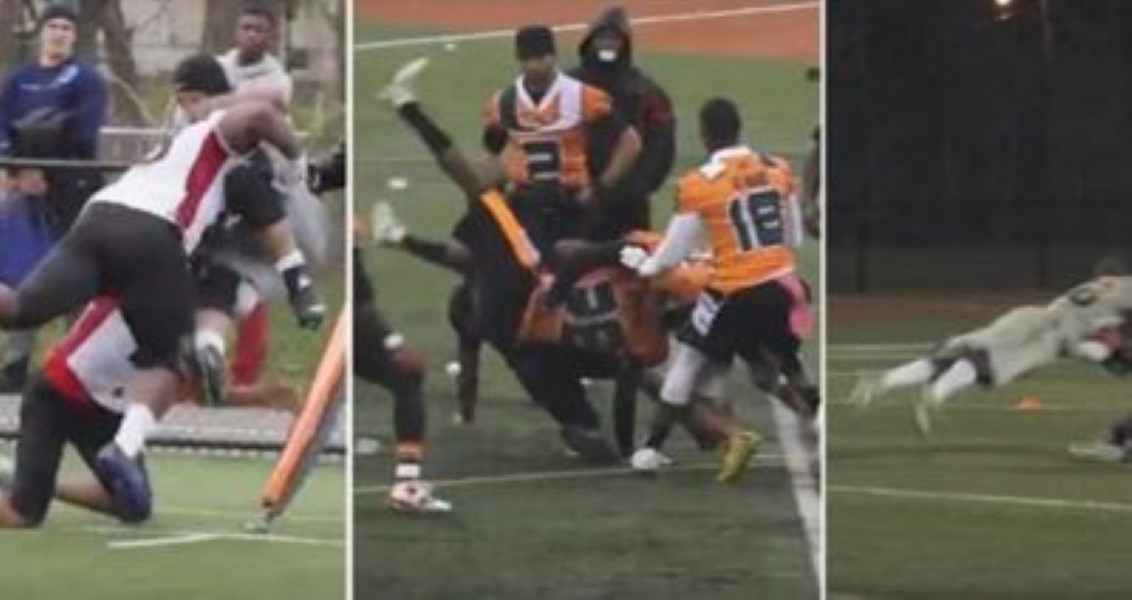 Sh*t’s just got real in the world of football. Check out some of the hardest and biggest hits from American 7’s right here: