The Olympics. For an athlete, there’s no bigger stage. It doesn’t get any better than representing your country at an Olympic Games. So you can see why it means so much to competitors when they do well. And you can also see why it hurts so bad when it all goes wrong…

And we’ve an epic fail for you right here. Haitian hurdler Jeffrey Julmis has the biggest disaster of 110m hurdles race imaginable. As the old saying goes, he quite literally ‘fell at the first hurdle’.

Now a lot of people would just walk away, but Julmis showed real character, got up, brushed himself down and completed the race. 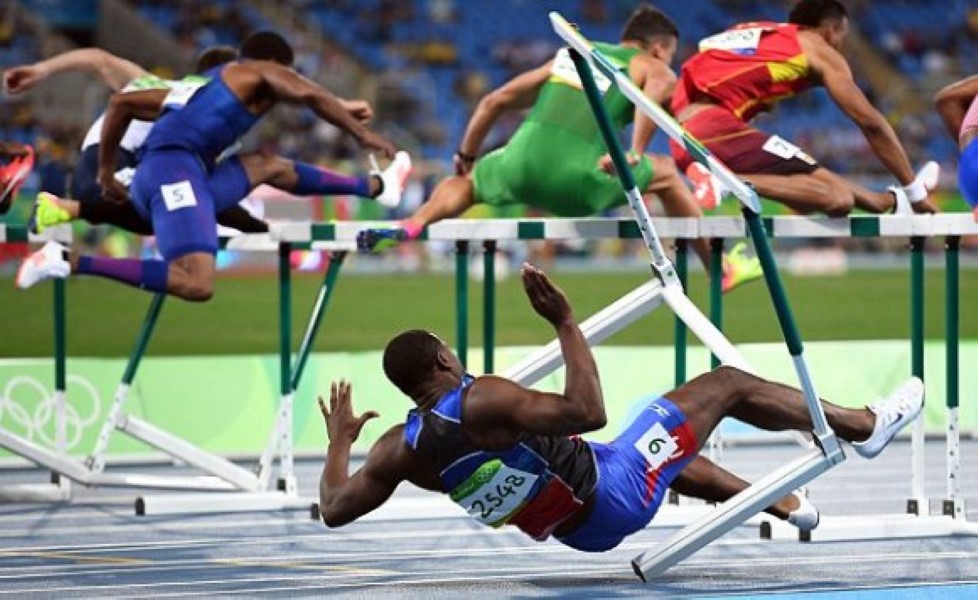 Weird thing is, he started the race really bullish and confident… check him out:

That fall, though… Gotta hand it to the guy, though – he finished what he started. True Olympic spirit: