Saturday November 19th saw Bellator 165 and a long-anticipated debut. Kevin Ferguson had made a few false starts in his MMA career before, but this was due to be his big debut. Why were people so interested in the kid? Well, because his alias is Baby Slice. He’s the son of legendary MMA and backyard fighter Kimbo Slice.

Kevin “Baby Slice” Ferguson Jr. took on Aaron Hamilton (aka ‘The Snake’) and dominated the fight. But he tapped out to a guillotine during the second round. The disappointing result happened at the at SAP Center in San Jose, California. He looked good, but couldn’t finish his opponent. It’s a hard game, man…

He won’t be giving up and still probably has a big future. He’s only young and keeping him off the main card helped the fight go under the radar of a lot of fight fans. We think we’ll see Baby Slice again, bigger and better in the future. 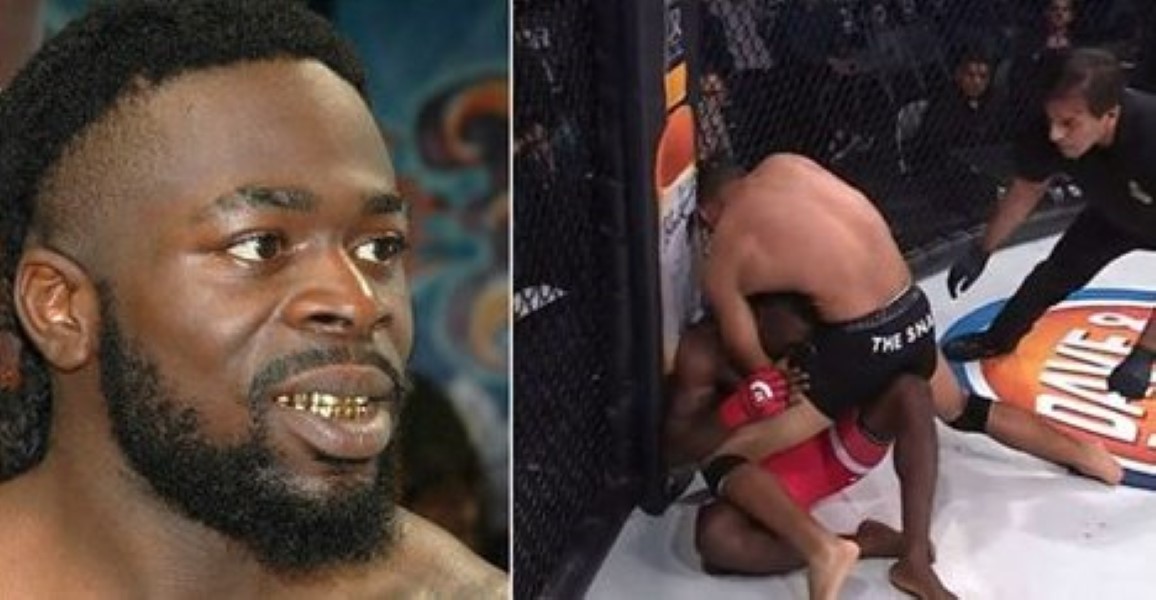 His fight style is different to that of his old man’s, though. He’s much more technical and a skilled wrestler; although it was eventually his groundwork that saw him loose in the third minute of the second round.

Here’s what went down in the Kevin “Baby Slice” Ferguson Jr. vs. Aaron Hamilton Bellator 165 bout: