Ibragim Khalilov took just three seconds to knock out his opponent Bakhtiyar Baratov at the Chinese-organized MMA event WBK 22 recently. But that ain’t to be applauded. In fact, he’s pretty much Public Enemy #1 right about now in mixed martial arts circles…

Why? Well, it’s all about the style of the knockout. He feigned touching gloves and used the split second of confusion to slam a huge right into the face of his unsuspecting opponent and end the fight before it had even begun.

Cheap shots don’t get any cheaper than this and when you watch the clip, you’ll soon learn why his name is sh*t right now. 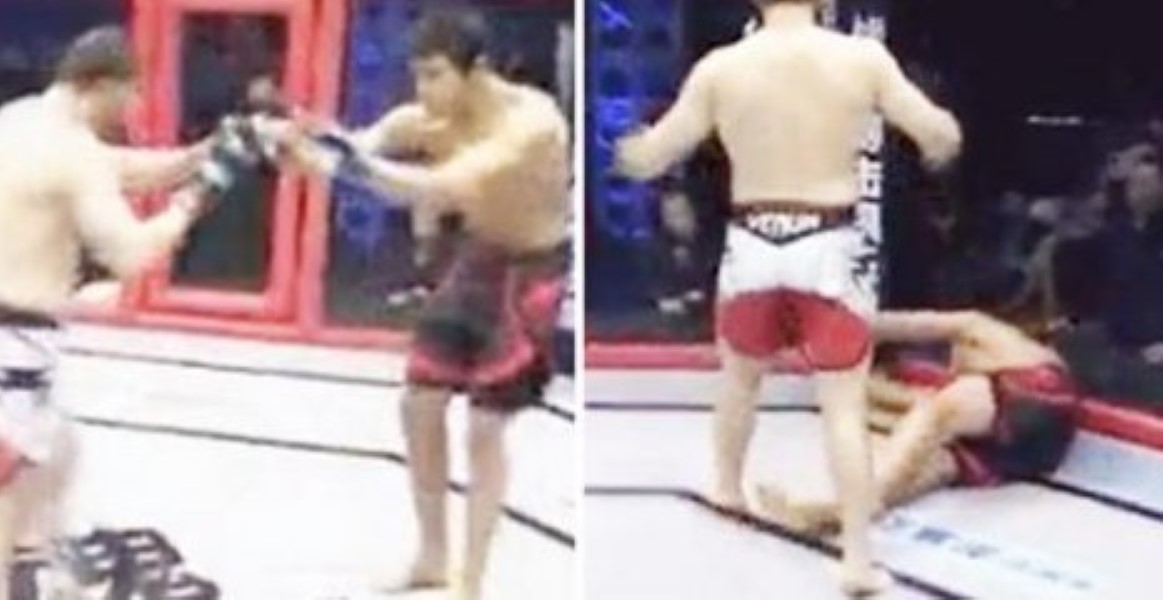 Thing is? The move was perfectly legal. So maybe he should be cut some slack. Exploiting loopholes? What’s wrong with that?

Not nice. At all. Check it out: