19-year-old Jake ‘The Snake’ Beckmann has always dreamed of being an MMA fighter and grappling with his heroes. And finally, after years of hard work and training –  he achieved that goal in stunning fashion, defeating UFC legend Nate Quarry. Okay, so it might not have been the most competitive fight you’ve ever seen, but it’s quite the story. Only Jake has Down Syndrome. But he doesn’t let them limit his life. As seen in this incredible video…

Kudos to Nate ‘The Rock’ Quarry here for being part of making one young fella’s dream come true. It’s a special moment for the guy and it shows that sport doesn’t have to be the big serious thing it always seems.

Quarry said this after the fight: “He was told his whole life, ‘You’re not capable of those things; those things aren’t for you,’ because he was born with Down syndrome. Well, that wasn’t good enough for me.” 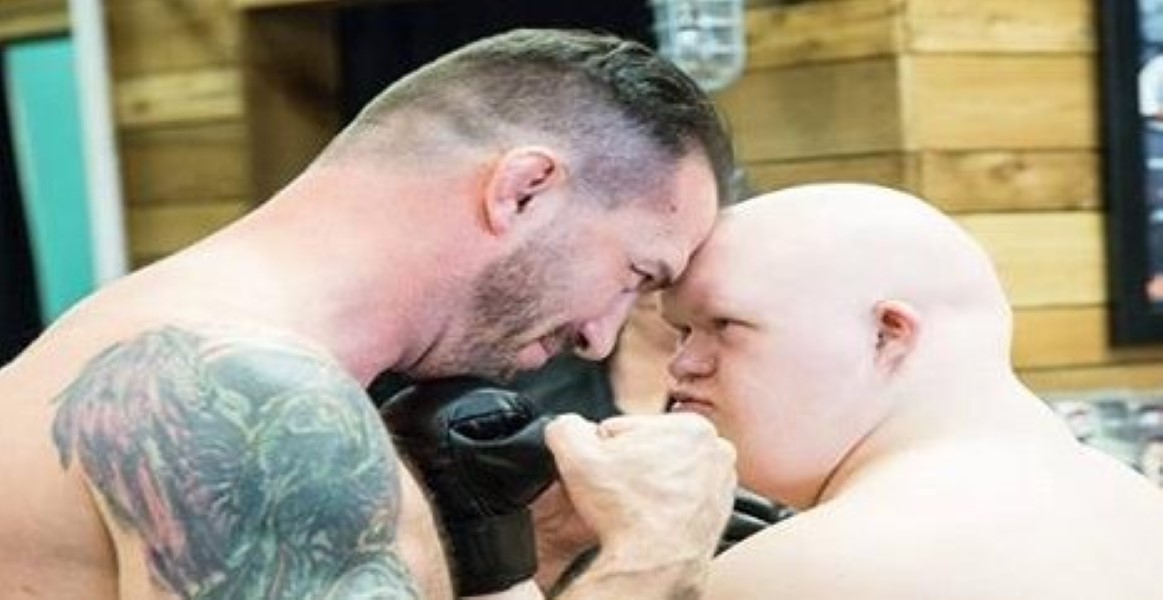 Check out what happened: