It’s been a pretty exciting Olympics. We’ve had plenty of stories and excitement come out of the thing, haven’t we? There was the French gymnast who snapped his leg and the Brazilian diving team that fell out over some hotel room fun. And that’s just a taster. Causing the biggest stir of late? Shaunae Miller from the Bahamas and her controversial 400m win…

What’s caused al the talk? Well, the way she got over the line. While Jamaican sprinter Usain Bolt is so fast he can afford to slow down over the finish line, Miller was about to lose her lead and only win silver. The USA’s Allyson Felix was hot on her heels, so – sensing an impending defeat, the 22 year-old JUMPED over the line. And it has p*ssed off a large chunk of the sporting world.

Here’s what she said afterwards: “The only thing I was thinking was the gold medal and the next thing I know I was on the ground. It was just a reaction. I’ve never done it before. I have cuts and bruises, a few burns.” 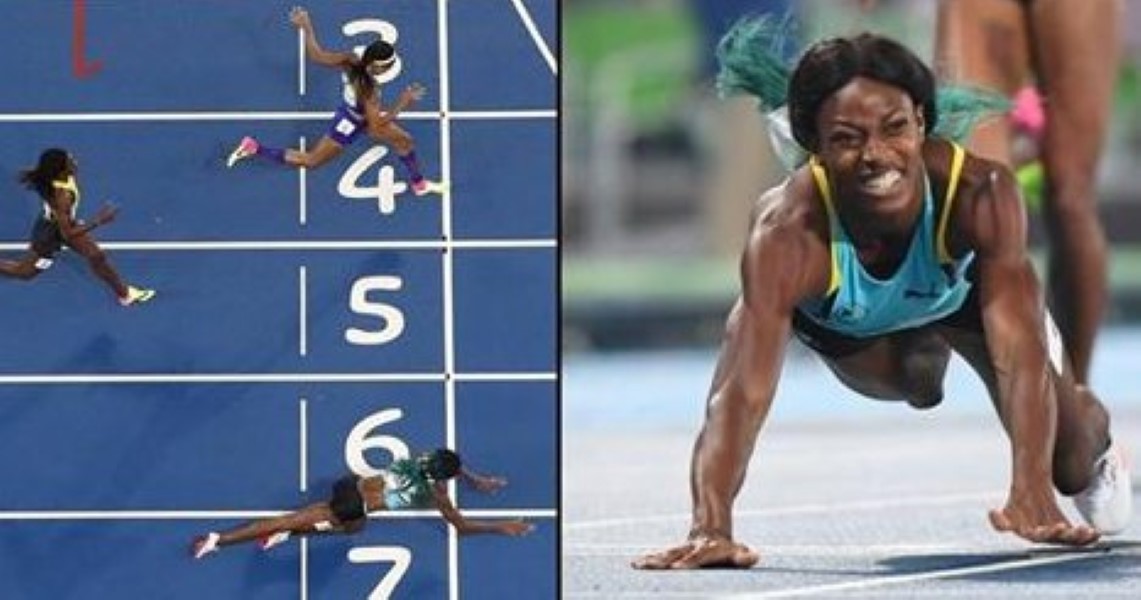 Here is the finish everyone is talking about. Shaunae Miller denied Allyson Felix 400m #Gold  in stunning fashion. pic.twitter.com/D353HQ7efL

There’s no rue against doing this, weirdly enough. But it’s not the best sportsmanship… Still, she won gold. And that’s what it’s all about.