What’s that old saying? ‘When the cat’s away, the mice will play?’ Well, that’s kinda the deal here. Except the cat’s a kid’s dad. And, yep – the kid is the rodent. And when his dad’s away on vacation, he’ll play… With the old man’s Tesla Model S.

But we’re not just talking about the youngster taking the Tesla out for a spin around the block. We’re talking about street racing. Oh yeah. He’s caning the thing out at night at illegal street races.

And, as we know, Tesla’s are no slouches. But in this eight of a mile race? There seems NOTHING capable of beating the thing from a standing start… Not a GSXR 1000 or an Audi RS7 or even a Ford Mustang with a four car length head start! 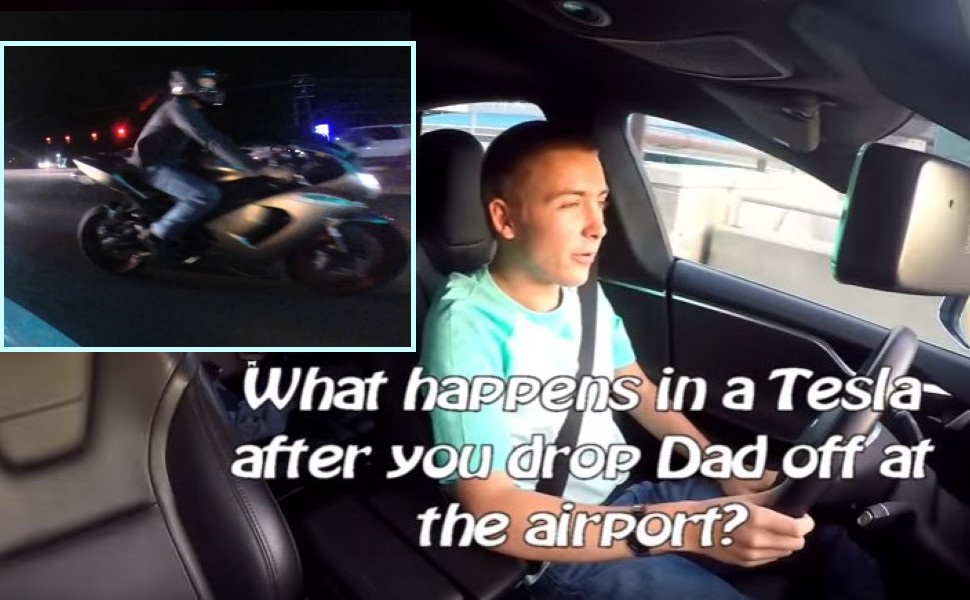