The Dark Knight Rises, Warrior, Taboo, Bronson, The Drop… When we see Brit actor Tom Hardy on our screens, we’re used to him being a rough, tough sort of guy. And, well, it turns out that he might be a bit of a dude in real life too. Judging by his recent exploits in London, anyway.

He saw a thief steal a moped/scooter thing and took off after the guy. His pursuit made the dude stack his stolen ride and attempt to escape on foot. Hardy caught up to him and performed a citizen’s arrest on him…

An eyewitness, Arun, told the media this about what he saw:

“This little sh*t nicked something and now he’s got himself a broken leg. Tom must have been walking down the road. He went off like a shot in pursuit and looked furious.”

“I asked Tom what happened and he told me he chased him through my back garden and caught him around the block – but the route was like an assault course. It was like he’d switched to superhero mode in an action movie.” 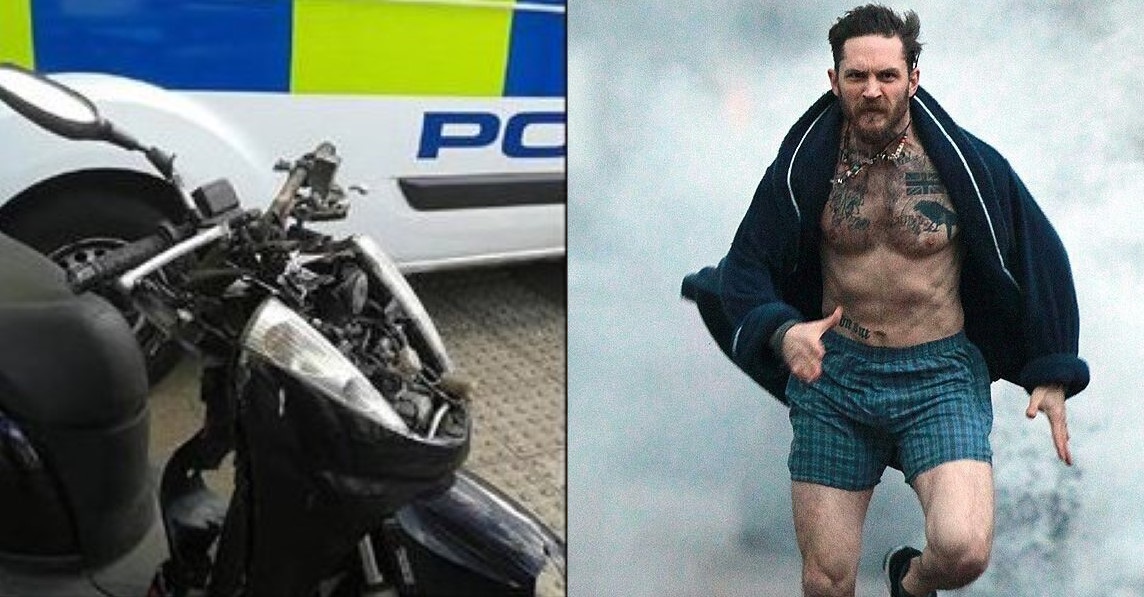 “Tom Hardy’s clearly not a man you’d mess with. I think he even checked the kid’s ID before cops took over.”

Apparently, Hardy then told the people watching what he’d done. In typically blunt British terms. “I caught the c**t,” he said.