Haye took a huge amount of criticism after the brawl after he blamed an injured toe for his loss, something a lot of people failed to buy.

“I proved to a lot of people in the fight against Wladimir Klitschko that my chin wasn’t as bad as people thought. I proved to myself as well that my chin wasn’t as bad as people thought. I’ve always been known as a ‘chinny’ fighter throughout my career. Arguably one of the best punchers in the division, Wladimir, [80%] knockout rate, he hit me on the chin with little 10 ounce gloves on… They bounced off my chin. I was actually surprised I could take them to be honest. I remember thinking, if he hits me with a big right hand, I’m a least going to be on the floor, my legs are going to be gone.”

“But at no stage in those 12 rounds was I wobbled. So going into this next phase it’s nice to know that as I get older my punch resistance seems to have got better, which is quite heart-warming because a lot of people always assumed as soon as I got tagged by anyone who could punch, that would be it, it would be over. It’s always nice to have that in your armory and know that you can take the best punches out there.” 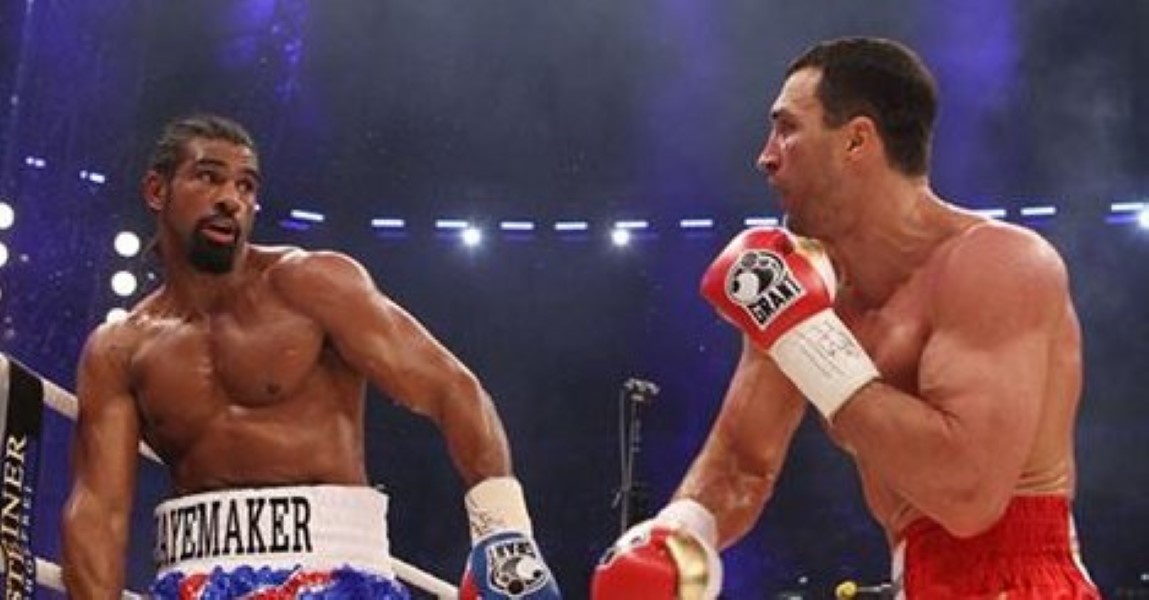 Haye might not have been at his best, but Wladimir proved himself to be a tactically astute warrior. Haye’s a Helluva fighter and the big European just made him look flat out ordinary. Check it out for yourself…