Costa Rica is a country synonymous with the illegal drug trade. Specially the export of it across the world. There are so many criminals in jails over there for drug running that it’s quite a problem. And with naricotics being currency inside, drugs run almost freely inside the Costa Rican prison system.

But how does it get in? Well, via a series of different ways. Each more cunning and clever than the last. The latest discovered way? Pigeons!

A homing pigeon was intercepted as it flew into La Reforma prison in San Rafael de Alajuelaa, Costa Rica recently, after guards noticed its suspicious flying. The bird had ‘half an ounce of marijuana and cocaine, all tucked into a pouch attached to its chest’ 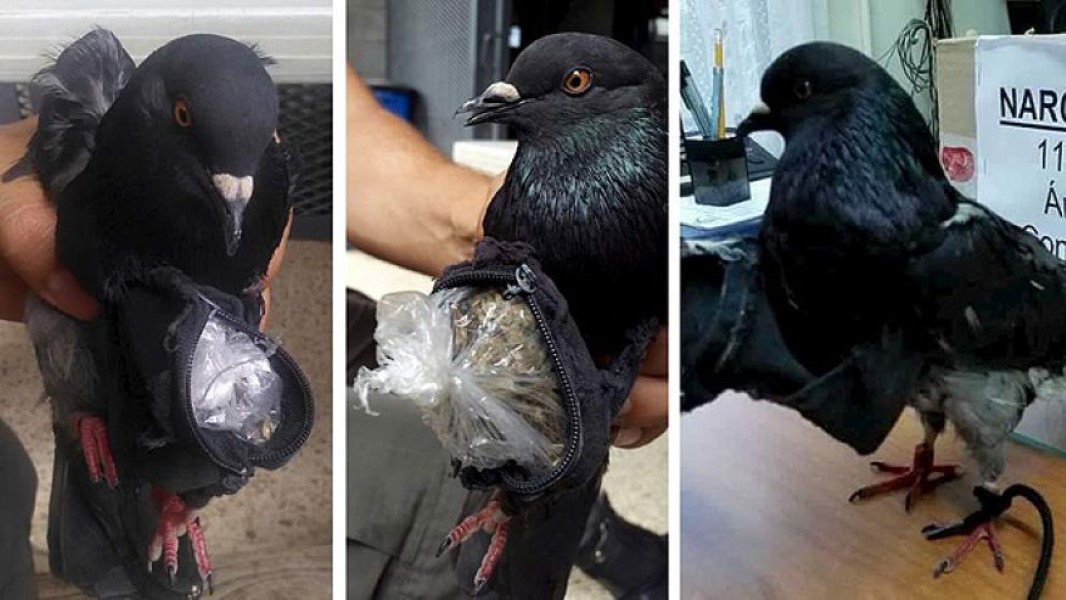 Due to increased budgets and manpower from authorities, drug traffickers are now being forced to use more and more imaginative ways to achieve and deceive. Paul Bertozzi, the Director of the Penitentiary Police in Costa Rican, said this to Spanish news agency:

“This is nothing new. In the past (the traffickers) have used cats and dogs to pass drugs to prisoners. Now it seems they are using pigeons to carry in their wares from the outside.”

This was the first such occurrence reported in the country, but using birds in this way has been discovered in Columbia and Argentina.

The bird was taken to a local zoo.