Going to a strip club. What are the rules on that if you’re in a relationship? We suppose maybe it depends on what the girl in the relationship is like, really. If she’s laid back, maybe it’s cool. If she’s not… Then Hell – you could get in some serious trouble if you got caught.

Let’s imagine that in this hypothetical situation the girl is highly strung and likely to get angry… She’s just gonna bottle it up and go loco at you later in the night or in the morning, right Right. But not this girl here in this video!

She’s actually in the damn club! He must know how she’d react… But he gets the lap dance anyway. And it go very, very badly for him. His woman goes INSANE, storms the stage and pushes the girl out the way, dragging her man away. 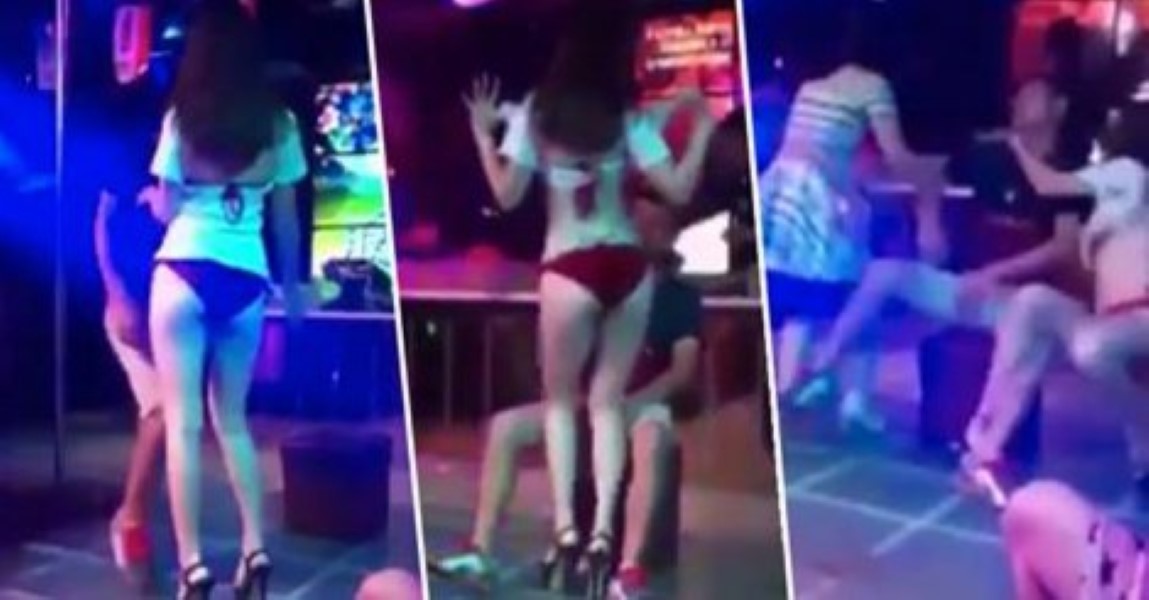 This woman is seriously jealous. We get while she may be a little unhappy. But Hell… He’s just getting a dance, he’s not taking the woman out. Chill out, girl…