The biggest news of the past few days has been the Wikileaks dump of Hillary Clinton‘s controversial emails. While an FBI investigation into the scandal threatens to derail Clinton’s path to Presidency, fresh emails leaked by Julian Assange‘s organization may prove to be just as costly as they are embarrassing…

In the communications, Hillary admits to her close aid and friend Huma Abedin that she finds Presidential rival Donald Trump attractive, saying that she ‘just can’t stop thinking about f***ing’ the billionaire Republican candidate.

Huma begins the early morning conversation like this: “Good morning Hillary. Did you sleep well?” 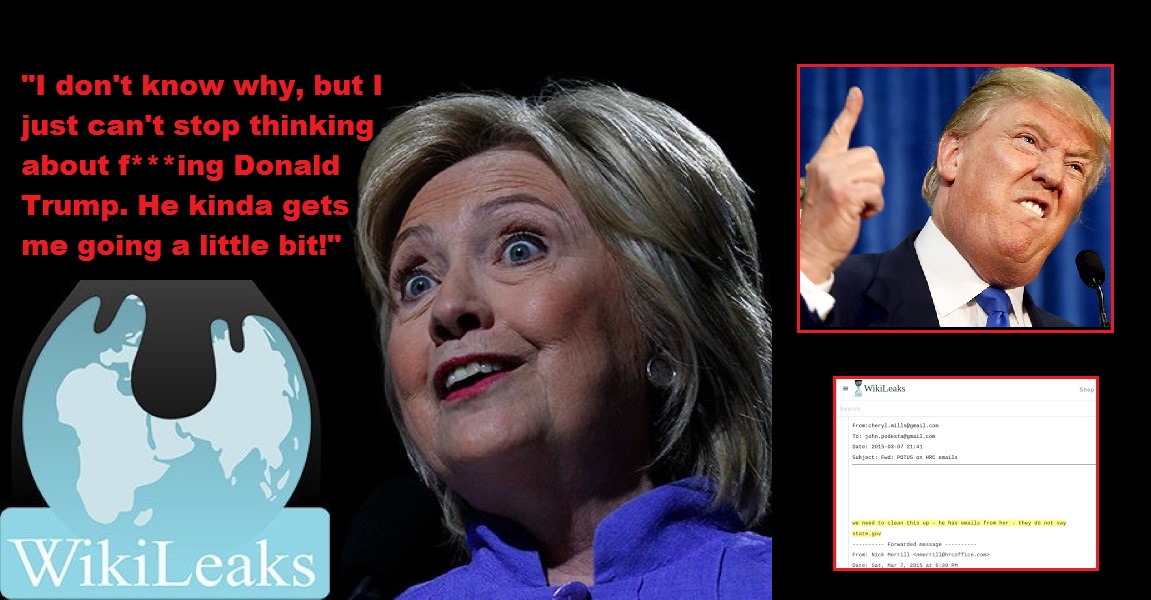 To which Clinton replies the following: “I slept all right, thank you. But I keep havin these god damn dreams about trump! I used to hate him and I suppose I still do, but there is something about him, isn’t there?”

“I know don’t know why, but I just can’t stop thinking about f***ing Donald Trump. It’s INSANE but he kinda gets me going a little bit. Jesus, Huma. Maybe I’m not sleeping that well!”

Here is the sensational leaked email only just put out by Wikileaks: 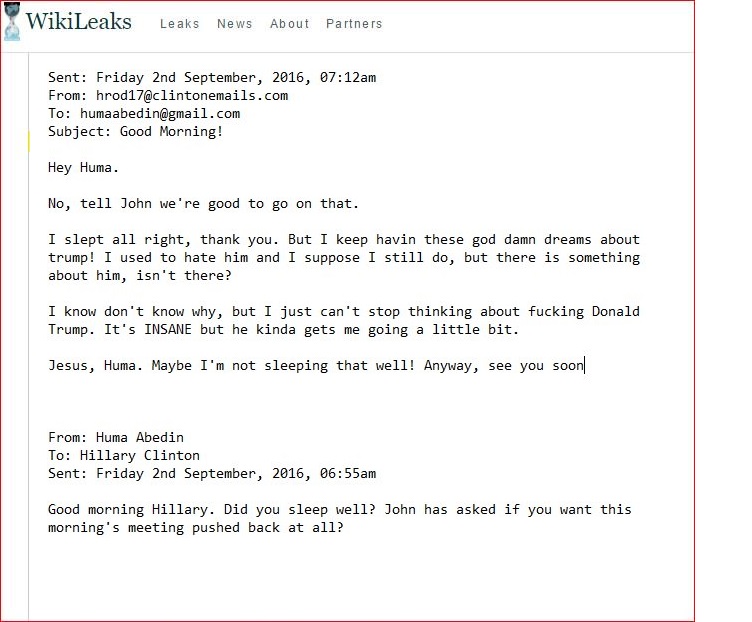 What will this bizarre new twist do to the Presidential race? We’ll have to wait and see…