Reddit‘s a funny place. You get some pretty dark confessions on there. Why? Well, maybe it’s all down to the anonymity of the site. We’ve read some funny anecdotes on there before, but nothing compares to the confession we’ve just read from a guy called notthesis. What happened to him? INSANE!

The story is summed up neatly as this: ‘Went to Vegas with my wife and sister. In a drunken state, accidentally had s*x with the sister. Getting divorce finalized soon.’

Okay. Let’s cut straight to it. Here’s what happened in the man’s own words…

“This happened about two years ago. My wife (let’s call her Rachel) and I like to take a trip to Vegas at least once every couple of years. That year, her sister (let’s call her Jody) went through a nasty divorce. My wife wanted her to come along on our next Vegas trip. I agreed and had no problem. When we were younger (met my wife in college), her sister would tag along quite often. Whether it was off to a party or on a day trip, Jody was always cool to be around. Even though they are twins, I absolutely have no interest in her. Jody is more of a ‘party girl’, selfish and vain (she has plastic boobs). My wife is sweet, all natural, kind and selfless. 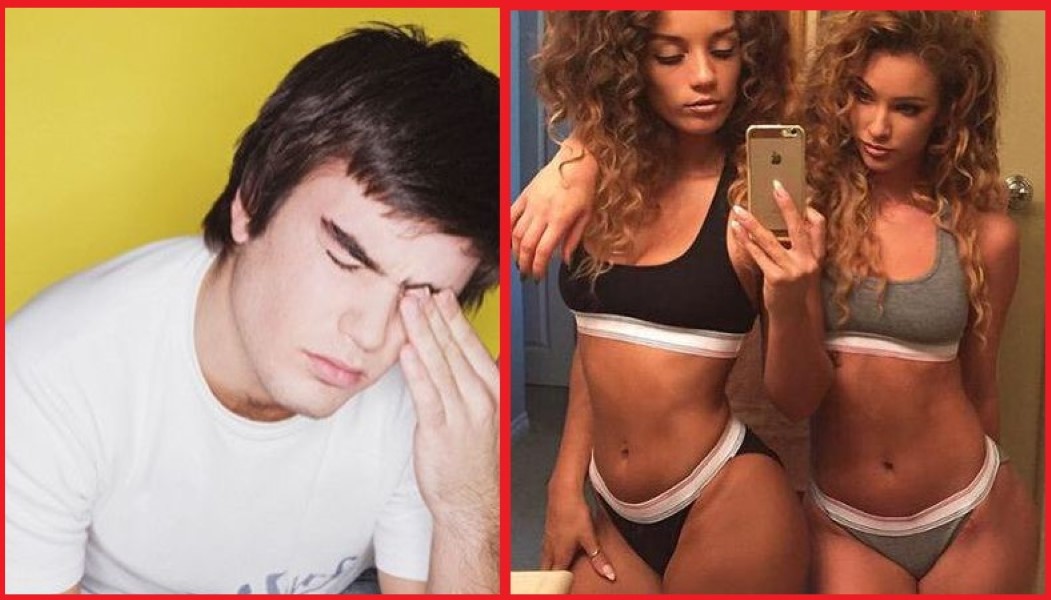 “Fast forward to our trip to Vegas. We were all sharing a room (double beds). After spending four days in Vegas, on our last night, we decided to hit the casino downstairs. Jody and my wife decided to get wasted. They sit at the bar pretty much the whole time while I was hitting the blackjack tables. I ended up losing $200 bucks and decided to stop (yeah I’m cheap).

“Feeling like a loser, I decided to join them at the bar. After a few beers and shots, I completely forgot about my losses at the blackjack table. My wife and I head up first. Jody was at the bar talking to some guy. We wished her luck and headed up to our room.

“By this time it was 2am and we start to stumble our way up to our room. We were pretty hammered and I had no idea where our room was. Luckily my wife found our room. Next thing you know, I’m face down on the bed out cold.

“A few moments later [what he thought was a few moments] I awake in a dark room, drunk and horny. My wife was curled up against me. I didn’t hear Jody come back and figured she was having fun with the bar guy. I thought it was a good time for s*xy time. I start with my smooth moves by massaging my wife’s back and taking off her panties. She’s definitely in the mood as her body is shifting and moaning. She starts to get into it by grabbing my junk. That’s all it took, and I was inside of her. I’m embarrassed to say but I only last about two minutes (doesn’t matter, had s*x).

“We cuddle and I start to fondle her boobs. I notice they were quite firm and almost balloon like. In my drunken state, I immediately froze. I realized I just f*cked my wife’s sister. About a few seconds later the lights turn on and my wife witnesses both myself and Jody naked. She’s screaming at the both of us. Jody wakes up and jumps out of bed. ‘What the f*ck is going on??’ ‘Uh, umm, I didn’t… uh umm’ – I couldn’t muster anything.

“What’s worse is when Jody stands up, my ‘package of contents’ starts to come out of her. My wife starts to cry and runs out the room. Jody walks to the bathroom to clean herself up.

“I hurry to get my clothes on to try to catch my wife. My wife was in the lobby area [on the] bench, sobbing. I try to talk to her but she’s not hearing me. We eventually get back to the room. Jody tries to talk to my wife and she’s not listening to her either. I end up sleeping on the floor.

“The next day my wife is already up and packed. We head back home and she still doesn’t say a word to me until we get to our house. She finally talks to me the next day and tells me she needs time to think about things and she packed her stuff and left for her parent’s house.

“Fast forward to today, we are separated. Jody and I talked about the incident and I apologized to her. Me and her are cool. Even though we hadn’t talked since that night [before he spoke to her], she forgave me.