A Brazilian man has been filmed celebrating after he won 3.5 million dollars in just one spin of the roulette wheel! Pedro Grendene Bartelle staked a staggering $100,000 on the number 32 at a Rio de Janeiro casino, and lo and behold it came in, earning the man the cool jackpot, much to the delight of his newfound ‘friends!’

However, when you look into Grendene Bartelle’s background, it’s easy to see why he was willing to risk the $100k. The Brazilian businessman is the nephew of billionaire Alexandre Grendene Bartelle, who co-founded Grendene, the world’s largest manufacturer of sandals. The company, which makes the renowned Havaianas flip flops, has earned Alexandre a whopping $2.1 billion fortune. 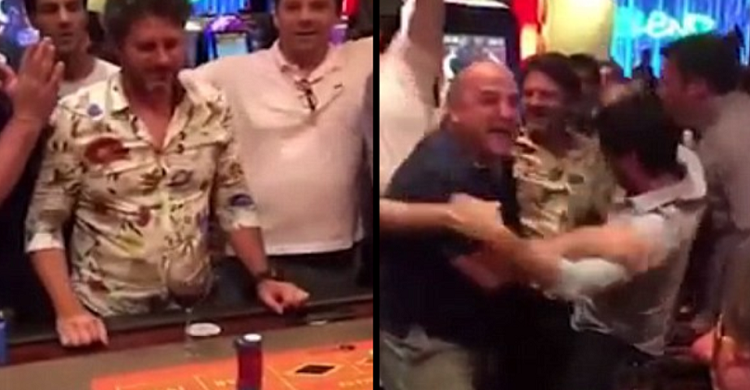 Pedro is also a successful entrepreneur in his own right. He is currently the president of Vulcabras-Azaleia, which is the third largest footwear company in South America. And now he has another few million to add to his bank balance.