Atlanta, Georgia. A man awaits trial in police custody this week after a bizarre attack saw him attempting ‘seal shut’ his girlfriend’s genitalia. Why? Well, he claims to have been angered by finding explicit photos of her online and ‘d*ck pics’ in her DMs.

The man, 25 year-old Hassan Garrett flipped after the discovery.

According to Atlanta Police Officer Easton who took the initial call: “We responded to the residence of Hassan Garrett after receiving an emergency call from Shakira Johnson around 9:30 p.m. A distress call was made indicating that Garrett had attacked Johnson, forcing her into the bedroom. When we arrived at the scene, we found Garrett and Johnson locked inside their bedroom.”

“We heard both of them arguing with each other so we told Garrett to open the door. When Garrett opened the door, we found Johnson laying on the bed naked and crying. Garrett had a 9mm handgun in his right hand. We ordered him to drop the weapon, then Officer Rutherford, subdued Garrett and moved him to the living room. We asked Johnson to get dressed and then we questioned her regarding the incident.” 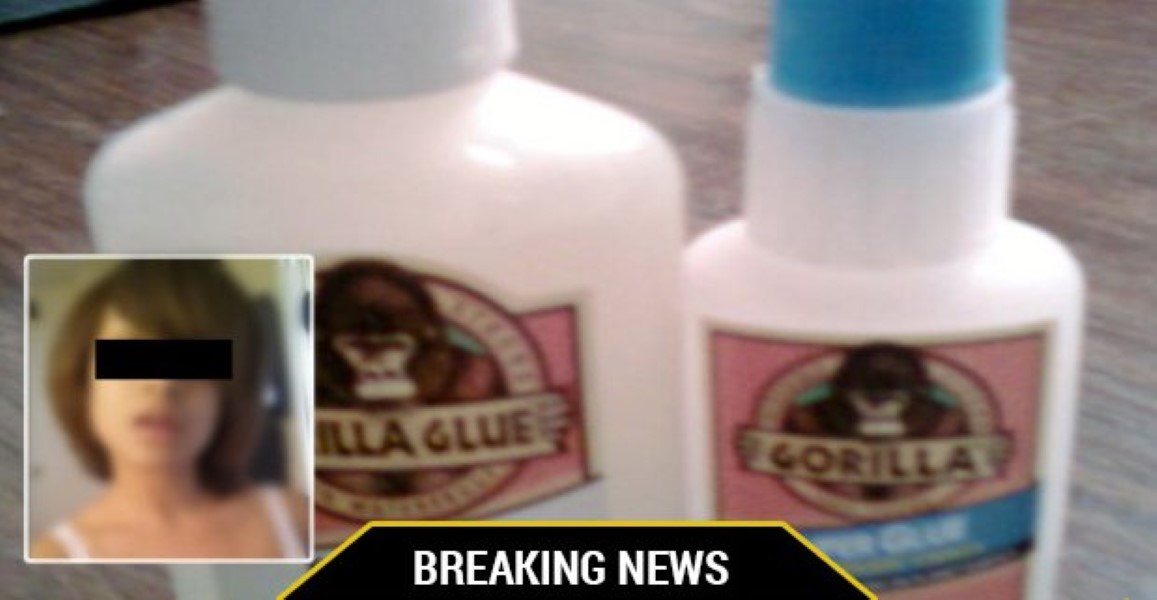 Garret said this afterwards: “That thot a*s b*tch deserved it. How could she be with me and be with all these other guys at the same time. She cheated on me once before and since then I could not trust her. After finding those photos on her Instagram, I couldn’t bear to deal with her cheating anymore.”

“I went to Walmart, bought some Gorilla Super Glue, and used it to close that thot box shut. I wasn’t going to shoot or kill her, I just needed something to make her cooperate until I was done.”

Johnson was taken to a nearby hospital where she underwent immediate surgery to remove the dried glue and, luckily, has made a full recovery with no lasting damage.

Garrett was immediately arrested and faces a series of charges, including aggravated assault with the intent to cause grievous bodily harm. Let’s hope he gets a nice long sentence, huh?