Public transport can be dangerous. Rogue guys tanked up on alcohol or drugs lose their sh*t and decide to start trouble? There’s nowhere to go. All too often these days, people ignore problems and don’t stick up for themselves or others, but you’re about to see a fine example of someone who refused to do that and got himself involved. And, thankfully, it all ended up alright.

A bunch of people are on a subway in California and a guy without a shirt starts causing trouble. He’s being aggressive and shouting and challenging people and, well, you know the drill. It’s what some drunk and high people do sometimes – they act like idiots.

It looks as though he’s gonna come to blows with a dude on the train and then BLAM! Out of nowhere a stacked guy with MMA skills comes into the shot and just puts the guy to sleep… 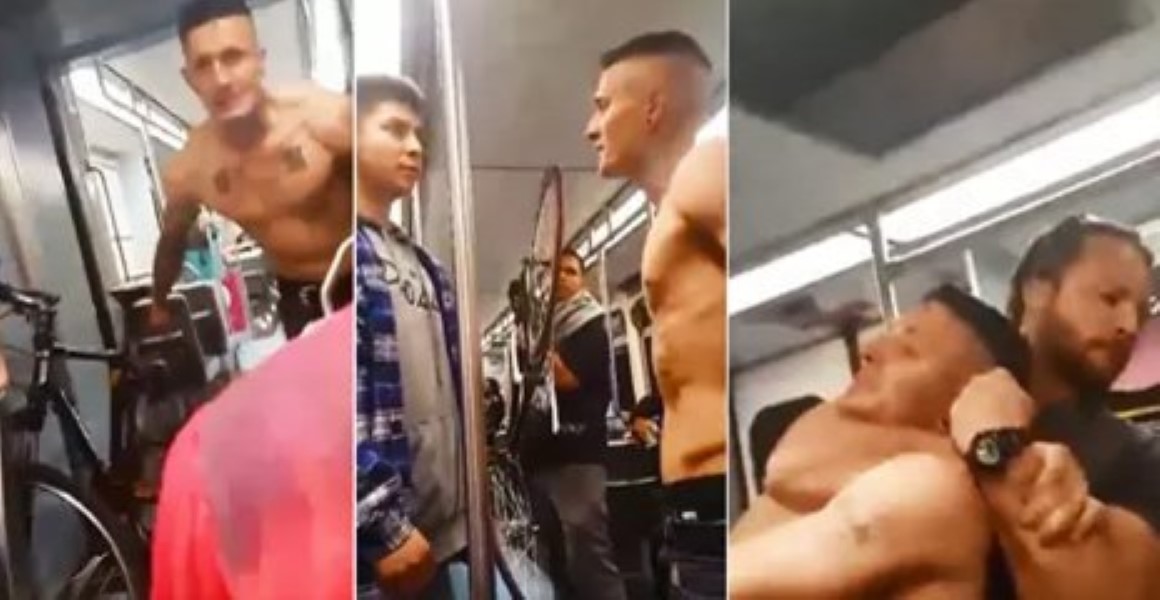 The skilled fighter who intervened to calm things down later said this on Facebook:

Here’s what went down: