Leona, Texas. The Houston Armory are out in force shooting a few rounds. Alright, more than just ‘a few’… They’re nailing out lead and brass like it’s going out of style. And the most impressive weapon in their arsenal? Compliments of the guys at Ops Inc., it’s a .50 cal Browning M2 belt-fed machine gun, complete with awesome suppressor.

Why are they blasting the heck out of the middle distance? Well, it’s the Forth of July celebrations. With hundreds of rounds firing through the thing, it gets super hot. But the suppressor holds its end of the bargain up.

Some of you out there might be anti-gun and be rolling your eyes at this and hey – don’t get us wrong… We’re no fans of guns when they’re pumping bullets into flesh. But like this? You can’t argue they’re pretty damn cool. 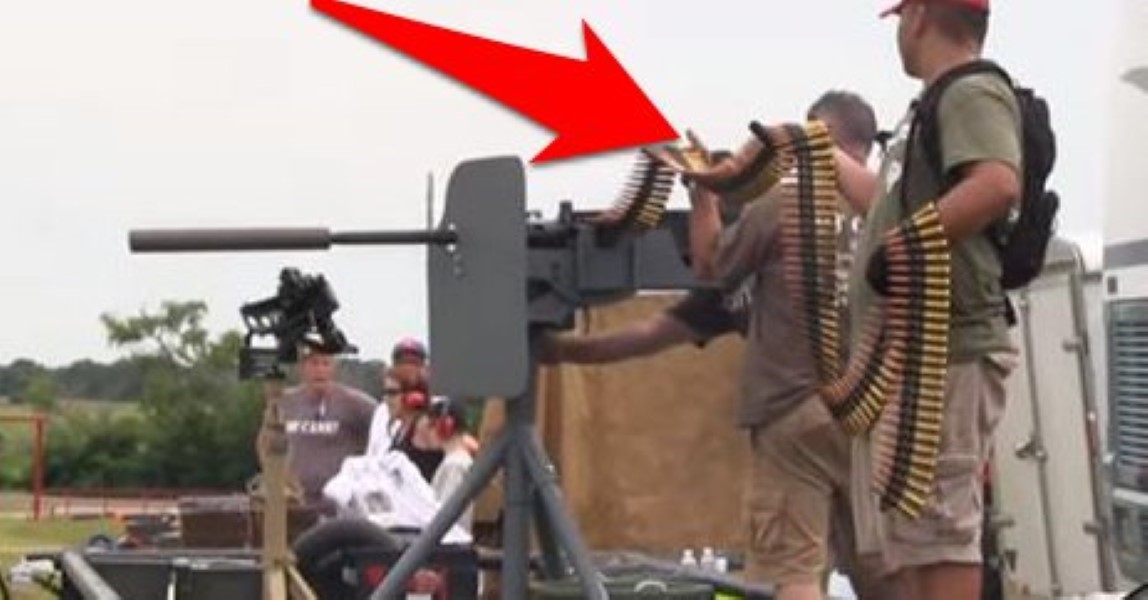 This thing is a BEAST. Check it out for yourself…