The Rock – aka Dwayne Johnson – took to Facebook recently to call out a male co-star from Furious 8 that he just hated working with. Calling him ‘a candy a*s‘, speculation has been rife as to the identity of the actor, but TMZ have done some digging and found out… It’s none other than the franchise’s star, Vin Diesel!

Here’s some of what Johnson said: “My female co-stars are always amazing and I love ’em. My male co-stars however are a different story. Some conduct themselves as stand up men and true professionals, while others don’t. The ones that don’t are too chicken shit to do anything about it anyway. Candy asses. When you watch this movie next April and it seems like I’m not acting in some of these scenes and my blood is legit boiling – you’re right.” 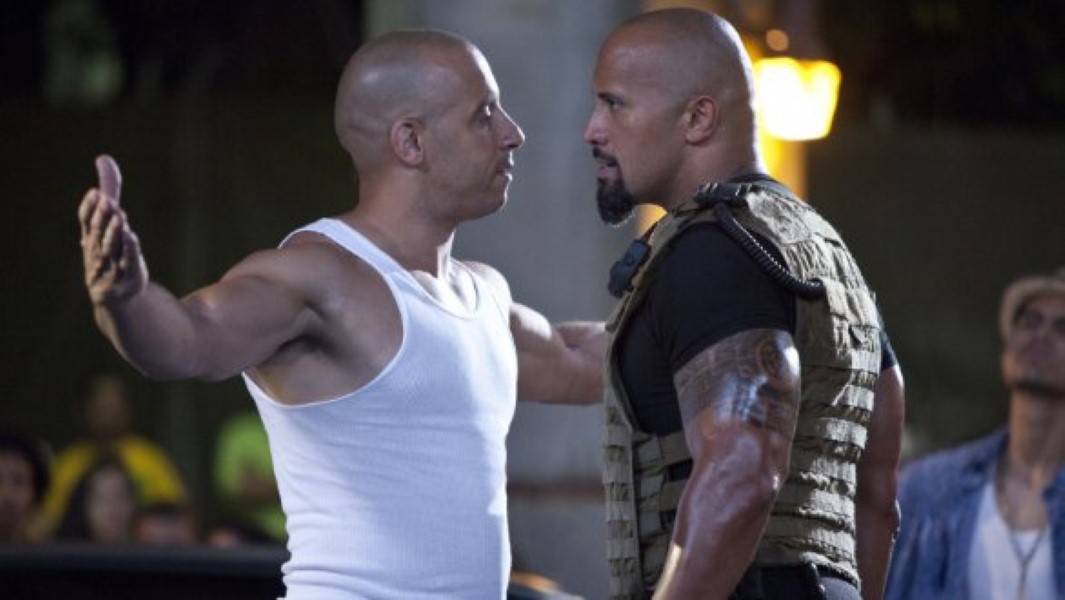