Cuernavaca, Morelos, Mexico. A street race. Now, these things can be dangerous at the best of times, we know that. And so does the girlfriend of the guy driving the car in this clip. He’s racing two motorcycles and his girl’s clearly not happy about it. But her pleas for him to slow down are going unheard. So she decides to take matters into her own hands…

Unfortunately for her and her boyfriend, she also decides to take the car’s handbrake into her own hands and then yank it up. All while he’s driving the vehicle at speed. And what do you know? It does NOT go well!

It’s all captured on camera too, as one of the two bikers has his helmetcam rolling. And the fallout is IMMENSE. It’s thought that the driver and his girlfriend escaped unhurt, with just a few cuts and scratches. 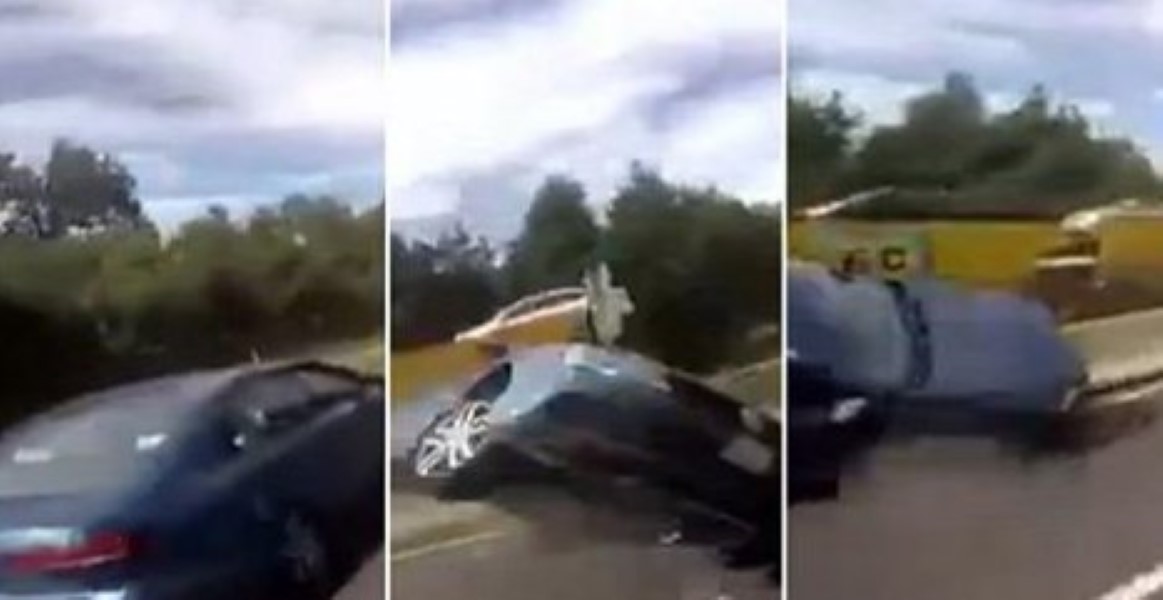