A LIVID driver got way more than he could ever have bargained for recently when he picked an argument with another driver and ended up looking down the barrel of a gun. Before going viral. A clip, shot by the driver with the gun shows the aggressive confrontation and just how the driver reacts when he’s shown the handgun.

The guy behind the video is called ‘The Obnoxious Mr Robertson’ and, sure, he’s more than a little obnoxious. But so too is the guy that’s acting crazy. Shouting and screaming and swearing… Sounding his horn and generally being nuts. We don’t advocate the use of guns as intimidation weapons, but Hell.. It shut the dude up!

As the car pulls up beside the driver, you can hear him scream, ‘You stupid motherf**ker why don’t you learn to drive you dumb f**k? Do something motherf**ker, pull over! You ain’t gonna do sh*t!’ 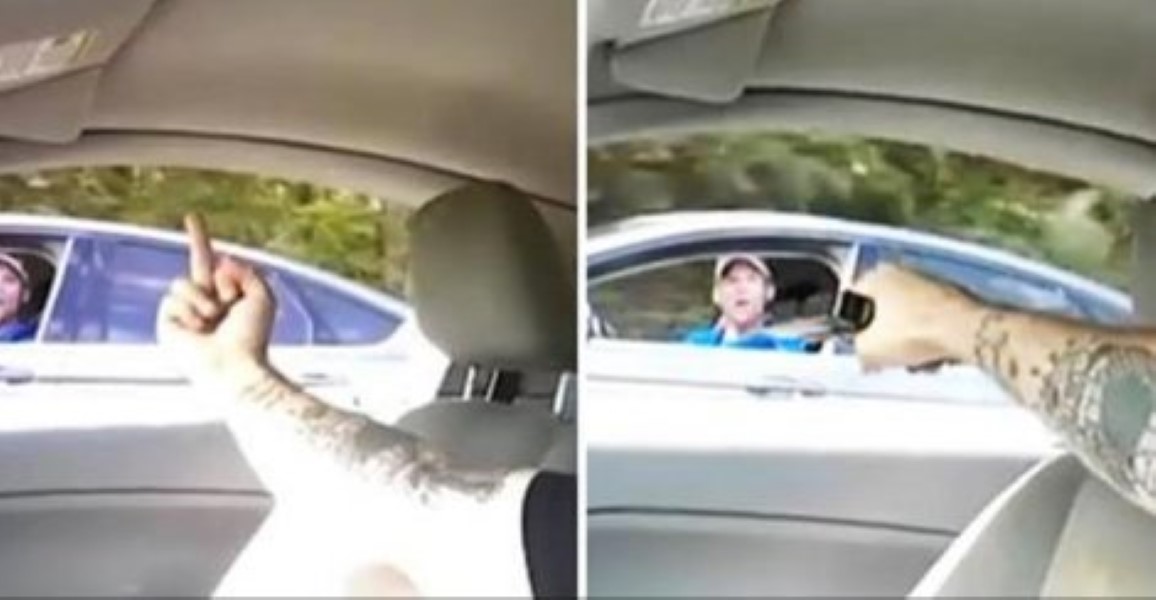