It was meant as a knockabout Christmas comedy. But 1990 movie Home Alone could very well be seen as a horror film. Eight years old, little Kevin McCallister is abandoned by his family for the Holidays. Then he’s forced to battle two vicious burglars – The Wet Bandits, Harry and Marv, to prevent a home invasion.

To do that, Macauley Culkin’s character uses a series of ingenious booby traps against the criminals. All of which are actually pretty damn nasty.

Jake Roper from the VSauce science group on YouTube shows us all just how dangerous it all was in his newest video. How? Well, by replicating all the assaults using a ballistics dummy and charting the results and damage.

Remember the paint pot scene? Jack explains: “As the paint falls, it picks up speed. It works out to about 17mph. If you give it a bit of a shove, you have a 13lbs gallon of paint coming at your face at 20mph. It’s like getting bareknuckle punched by Mike Tyson twice at one time.” 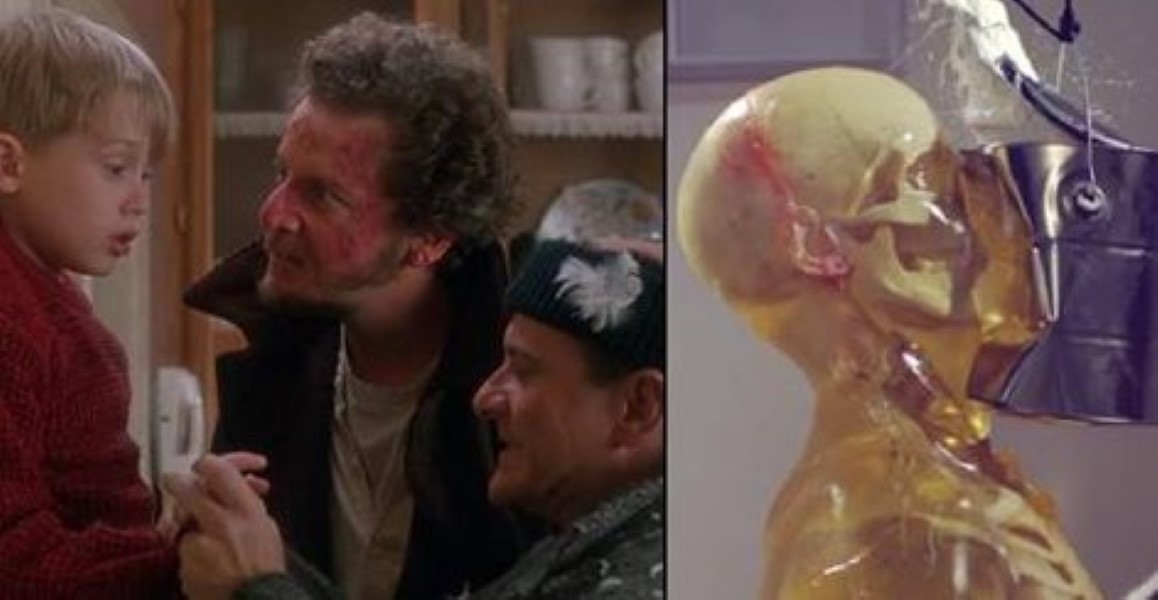 All that and more. This is excellent… Check it out: