Nathan Sellers gave his ex-wife Lia Palmquist bedbugs. So she, naturally, decided to sue him for $3,500 on TV. An episode of Divorce Court, to be specific. Sound weird? Yeah, well, you ain’t heard nothing yet! During the case, Sellers reveals himself to be a rather jealous man… Who does he accuse Lia of having cheated on him with? The Wu Tang Clan!

Not one of them. ALL OF THEM. Every single one. After a show, he claims she went backstage (which she admits) and ‘gave Wu some Tang’. It’s a pretty bold accusation to level at your other half, eh? That she’s a groupie who slept with nine rappers in one night.

“Wu Tang are nice boys and I’m not like that. I kept my lady points shut,” Lia insists. Though quite why she feels the need to even justify Nathan’s bizarre claims is beyond us. 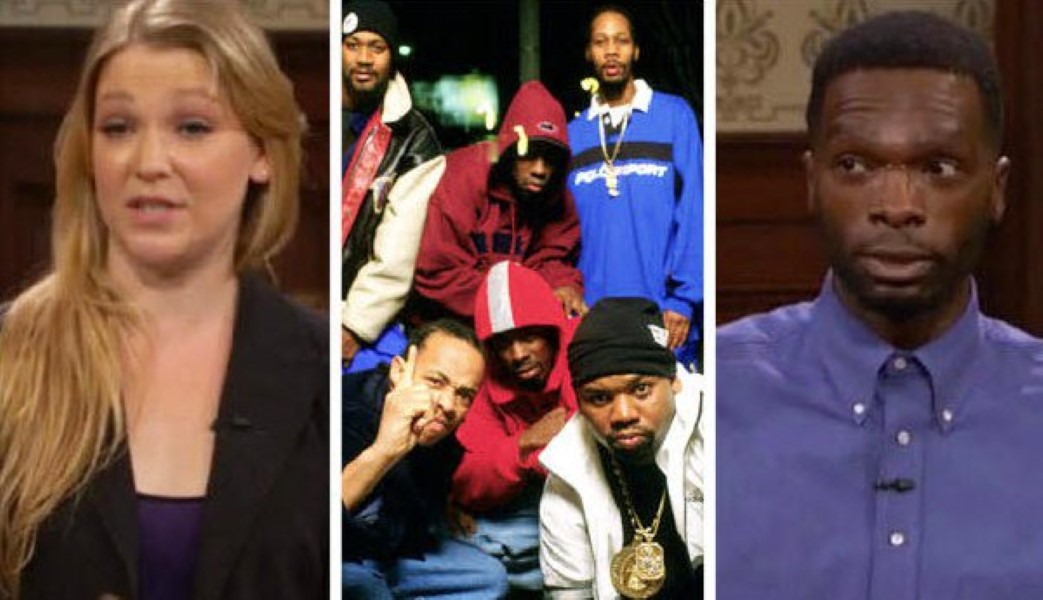 What an accusation. See what went down in this very special episode of Divorce Court…