A dangerous stunt involving an arrow that was on fire being fired at a dude’s face went horribly awry recently on hit TV show America’s Got Talent. Ryan Stock and his other half and partner Amber fumbled the performance and he ended up with the fiery arrow hitting HIS NECK, instead of the target he was holding in his mouth.

Judges Heidi Klum, Mel B, Simon Cowell and Howie Mandel looked on in shock as they sat waiting to see if everything was alright. A visibly shaken Ryan told the judges: “I’m okay, it got my shirt, I’m okay.” 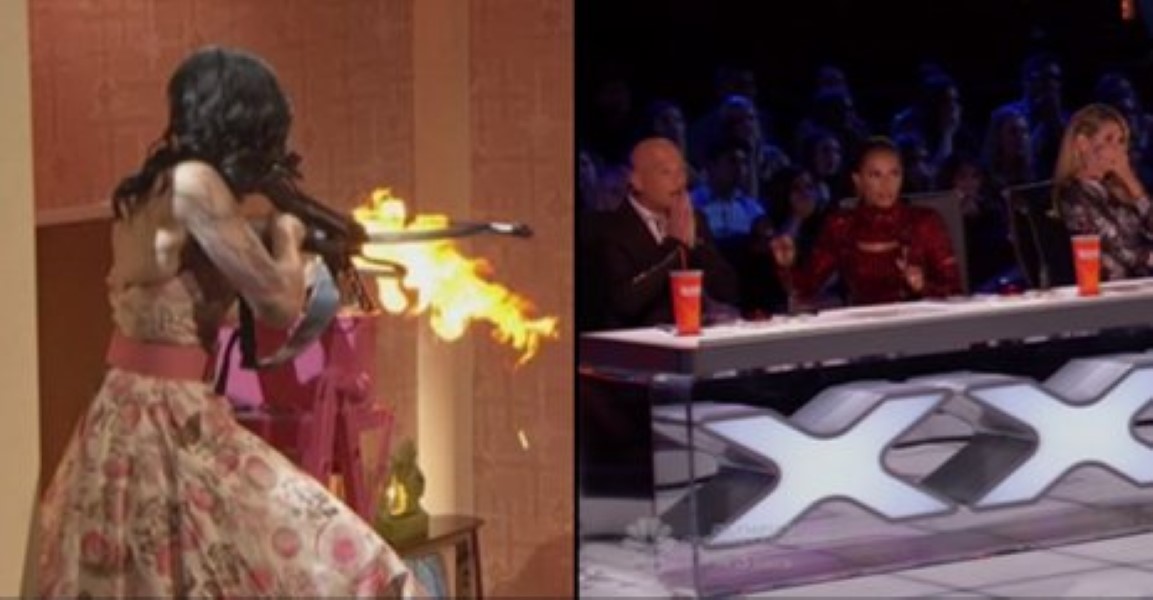 The dude’s alright, though – luckily. He later took to Twitter to lament the incident. And the end of his career.

We had a serious mishap tonight outage live on @nbcagt. A very unfortunate mechanical failure but I am very fortunate to walk away from it.

This is crazy – check it out: