Look, you all now how good Ronda Rousey is by now, don’t you? We’ve shown you plenty of her knockouts. And her record speaks for itself. Twelve professional fights, twelve wins. Eleven of those coming by knockout in the first minute.

But she’s never faced an opponent as tough as Holly Holm. Holm is a whole new game. And many people are predicting an upset. We still think Rousey will have too much for her challenger, but there’s no chance this ones ending inside a minute… 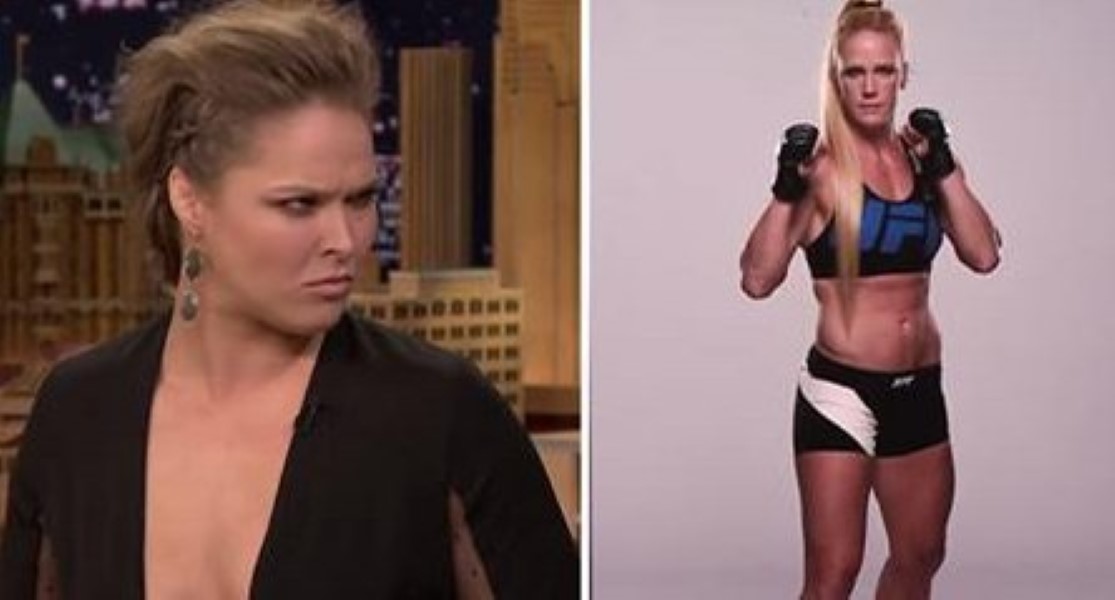 Ronda discussed her foe and what exactly might go down in their match-up when she was on The Tonight Show with Jimmy Fallon recently.