Ronda Rousey was the biggest and most talked about sports star on the planet before she lost her UFC championship belt to Holly Holm. It’s been tough getting used to the fall and the toll has really been taken. In fact, Rousey even admitted to having had suicidal thoughts in a tear-filled interview with Ellen DeGeneres recently.

Brock Lesnar was asked his thoughts on it all on SportsCenter on Tuesday night. He said this: 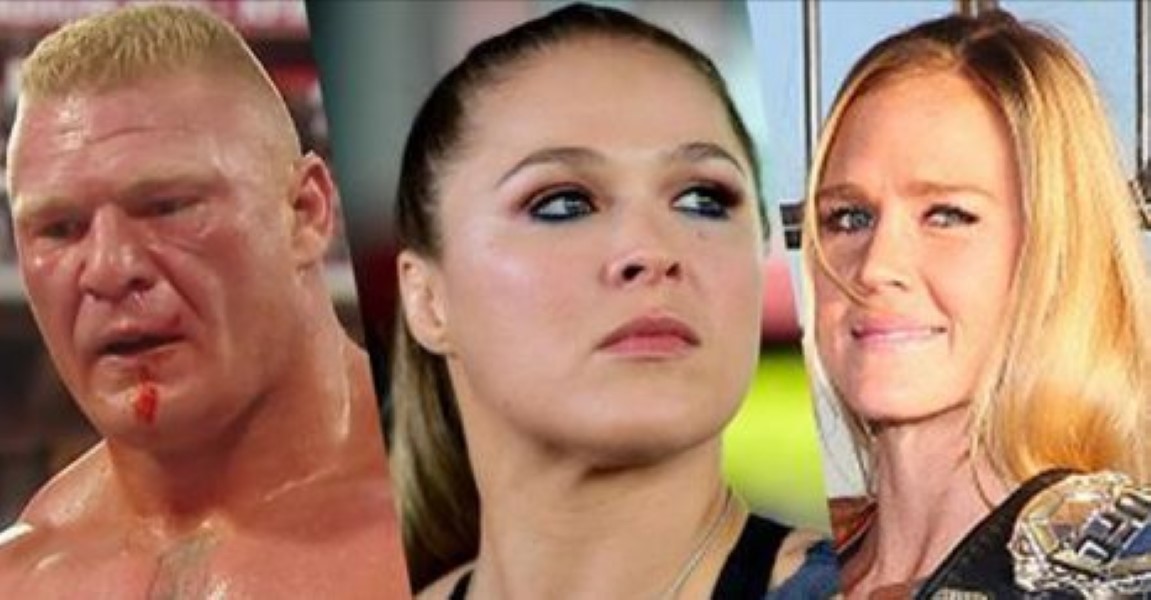 Here’s what Rousey said about her suicidal thoughts on The Ellen Show:

Holly Holm was also asked her thoughts on the situation recently. Here’s what the champ said:

“There’s a lot of things around that. When I heard that she said that, for me it’s one of those things it’s like, ‘How do I respond to that?’ ” Holm said. “I don’t want to say I’m sorry because I think on a competitive level for me, if somebody was to say they’re sorry after [beating me], it’s like, ‘No, I’m a competitor.’ I’m not a charity case.

Will there be a rematch? Apparently so. Watch this space.