‘The Texas Butthole Tickling Bandit‘. ‘The Butthole Tickler‘. Or simply, ‘The Butt Bandit‘. Call him what you will, but the man has been terrorizing Dallas for months after a string of burglaries (of both homes and a*ses) left residents scared to sleep. The unnamed man would break into the homes of singles man in the dead of night and, well, you might be able to guess the rest.

‘The Lone Star State Booty Tickler’ was apprehended after being caught in yet another man’s home, this time filming a light tickling. The owner of the butt refused to speak to the media. The Butt Bandit is now in Dallas County Police custody, awaiting trial.

Richard Nays, a man who lives near three of the Booty Tickler’s victims’ homes told us this: “I slept on my back every day for three solid months. I can finally sleep on my stomach again. I feel free.” 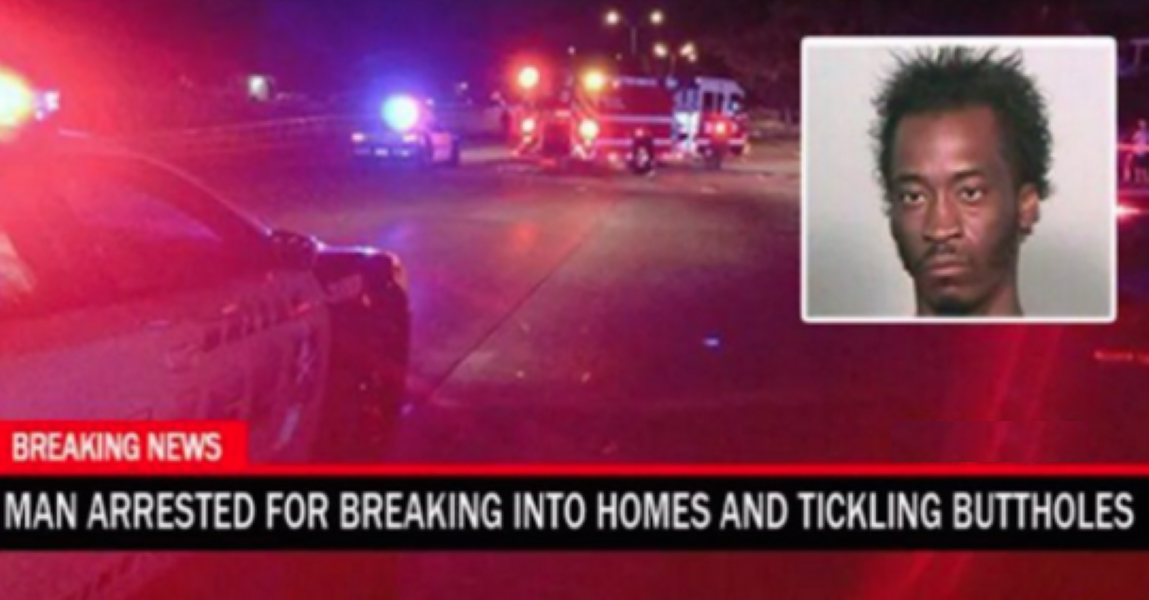 The Bandit’s looking at up to ten years in jail. Here’s hoping he gets put in the same penitentiary as Fleece Johnson, aka ‘The Booty Warrior’. We reckon the two might just be made for each other…